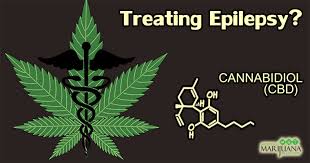 DENVER (CBS4) – The chairman of the board of the Epilepsy Foundation is fighting for access to marijuana oil on a national level.
Desperate families are moving to Colorado in search of relief for their children’s seizures.

“Charlotte’s Web” is a strain of marijuana grown in Colorado that is named for Charlotte Figi.

Charlotte and others with severe epilepsy have found relief from seizures by ingesting the plant’s oil. It is marijuana that is low in THC but rich in cannabidiol or CBD.

“There is enough evidence to suggest we should really try and study this,” said father Warren Lammert.

His daughter, Sylvie, had her first seizure at 9 months old.

“She had an implanted medical device, she’s tried the ketogenic diet but we haven’t found anything that will control her seizures,” said Lammert.

Sylvie is now 16 and despite numerous treatments still lives with daily seizures.

“She’s delayed and she’s in a special school,” said Lammert.

Lammert is chairman of the board of the Epilepsy Foundation and has enrolled Sylvie in a clinical trial of CBD at New York University.

“I feel blessed to at least have the hope of this new therapy and I feel other fathers other mothers, other families should have that hope and have that option,” said Lammert.

However most other families don’t have that opportunity.

About 100 families representing 43 states and two countries have moved to Colorado where medical marijuana is legal.

The Epilepsy Foundation has taken a stand that “an end to seizures should not be determined by one’s zip code,” and that more research is essential.

The Stanley brothers developed the “Charlotte’s Web” stain in Colorado.
Parents of epileptic children have pushed at least a dozen states to consider legalizing the marijuana oil.