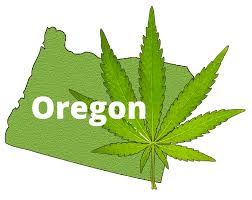 A new bill has been filed in the State of Oregon that would legalize the possession of up to 8 ounces of cannabis, as well as cultivation and sales. Senate Bill 1556, sponsored by Senator Floyd Prozanski and State Representative Peter Buckley, aims to put legalization on this November’s ballot for voters to approve or decline.

The basics are straight-forward: once the bill is put on the ballot and passed, cannabis possession for adults over 21 would become legal. The possession limit varies, depending on where you are – a person can possess up to 8 ounces within their home, and cultivate up to 4 plants. When in public places, it would be legal to possess up to an ounce (as long as it remains out of view). The measure also legalizes the sale of cannabis, but directs the legislature to develop a regulatory system after the bill has passed.

A number of measures are contending for a spot for legalization on the ballot in this year’s election, including multiple initiatives that advocates are currently gathering signatures for. This bill acts in conjunction with the other initiatives, and contains provisions to adjust the measure if it were to pass along with the other legalization proposals.

Via The Joint Blog