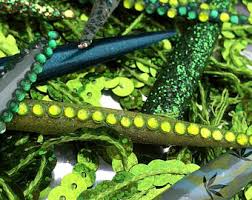 You walk up to the Aztlan Theatre on Friday night and pay $50 for a one-night “private membership.” The doorman hands you an eighth of weed and welcomes you to Cronic Cabaret, where you can smoke all night to the tunes of DJ Stretch and there are “burlesque dancers — and we’re going to try and get some aerial artists in there and cabaret performers and beautiful lady body painters and cocktail waitresses walking around.”

“It’s going to be quite fun,” said Camarena, who launched the magazine in 2010. “They can partake in the recreational marijuana here in beautiful Denver, Colorado.”

Camarena’s party is the latest in local entrepreneurs’ efforts to take advantage of legal recreational marijuana — and give pot aficionados a place to congregate and party together since public consumption is illegal throughout the state.

Some of these efforts, such as the Hemp Connoisseur’s Black & White New Year’s Eve Gala Fundraiser at Casselman’s on New Year’s Eve, came off as successes — with indoor smoking and partying. Others, including the New Year’s Day bash Cannabition, failed to get off the ground — with venues bailing and ultimately canceling the event because of city objections. Other gatherings that are in the planning stages, such as the upcoming Puff, Pass & Paint classes and the monthly Edible Events series that also starts on Jan. 24 — are moving forward in hopes that they’re in compliance with local laws.

Why does Camarena feel his inaugural Cronic Cabaret on Jan. 24 will go off without a hitch — and continue every Friday night through early summer?

“I’ve talked to my lawyers,” Camarena said. “The venues that have been shut down have been bars, public venues, and you can go in there any day of the week and get a beer. My venue is a rental. It’s private. It’s not open every day. It’s not open on weekends and you can’t go in there and get a beer, as opposed to a public establishment — this is a truly private establishment because you have to rent it out.”

“This is a legal issue, but I do think we need clarity on these,” Brown said. “Because this isn’t the first time and it won’t be the last time. I knew this was going to happen. We need to hear directly from the lawyers on this issue. People need to know what the rules and regulations are on this. It’s important to establish what they are now.”

A call to the Denver City Attorney’s office wasn’t immediately returned on Friday.

In the meantime, Cronic Cabaret’s Camarena is moving forward with his series, which he said is needed because of the restrictions on public pot smoking and the long-awaited relaxing of marijuana laws.

“People have been waiting for this,” Camarena said. “It’s going to be a creative, sexy, classy show. I want to portray the industry in a positive light. And I want to give people around the world, the tourists, somewhere to go. I’m passing our fliers at all the recreational shops. Anybody can become a member. You can text, email, Facebook, use any of those methods to become a member.”

“I have (the Aztlan Theatre) contracted every Friday until May,” he said. “If everything goes as planned and runs beautifully and successfully without hitches, then I’ll go ahead and renew it for a couple more.”