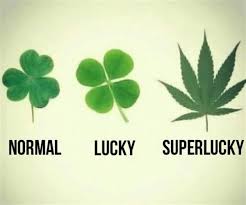 Colorado state health officials are seeking approval from the state legislature to make over $7 million in research grants available to further explore the medicinal value of marijuana.

That is because many frontrunners of the medical community say they are concerned there is not enough evidence-based marijuana research available to warrant the current upsurge in patients relocating to Colorado in pursuit of a miracle cure.

Throughout the years, the federal government has impeded on cannabis research, instilling fears of prosecution into the mind of any scientist wishing to investigate the positive attributes of marijuana. Now, Colorado heath officials hope the state’s newfound legal acceptance for the drug may facilitate new research that could provide truth for those patients buying into speculative claims.

“Our role is to ensure it’s evidence-based and that good science is being used to protect patient safety,” said state health director Dr. Larry Wolk.

The $7.1 million was generated through state registration fees associated with medical marijuana, and officials say these funds could be the answer to establishing a scientific backbone for medical marijuana. “The most significant thing we could do is spend the money to further the research,” said Wolk. “It’s becoming a bit of a community standard without research to back it up, both on the safety and the effectiveness of it.”

Joint Budget Committee member Cheri Gerou says that legislators are excited about the idea of Colorado conducting exclusive marijuana research; however, she says the committee will not approve the funding if it means the risk of losing federal funding for education. “So that’s the conversation; we definitely want to look at it,” she said.

If the committee does allot the funds for research, Wolk says the money would likely be divided in increments of $500,000 and $1 million, with specific interest for projects studying seizures and post-traumatic stress.

AG with the right idea…..