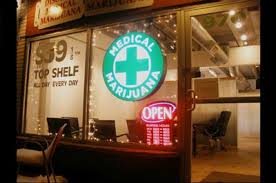 DENVER, CO — With sales in the first week of retail marijuana sales in Colorado expected to exceed $5 million, marijuana advocates say that is $5 million out of the hands of black market drug dealers and into the hands of licensed businesses.

Since the first pot shops opened on January 1, the number of stores statewide has grown to about 50. Industry insiders estimate about 100,000 people purchased marijuana legally in the first week of sales.

“That’s $5 million that would have been in the hands of illegal drug dealers and black marketeers, which instead is going to small business owners, who will reinvest it in the community, creating jobs and tax revenue,” says Aaron Smith, co-founder of the National Cannabis Industry Association.

The brisk sales also raised an estimated $1 million in tax revenue to be used for improving Colorado schools, roads and other public projects.

And the revenue being generated for the state isn’t coming solely from the sales of marijuana, either.  Colorado’s tourism industry has seen a boost, as cannabis consumers from coast to coast visit the state for the novelty of being able to purchase marijuana legally.

Other businesses are being quick to capitalize on the new legal marijuana industry as well.  The most beneficial, it would seem, would be the food service industry, with many restaurateurs jumping on the munchie bandwagon.

One Denver based sushi chain, Hapa Sushi, has even gone so far as to create a marijuana “pairing menu” as a marketing campaign targeting tokers.

Via The Daily Chronic

Takin on the Gov!