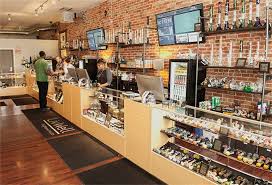 I was in Mexico on ‘Green Wednesday’ last week when those pot shops opened in Colorado, making it the first jurisdiction in the world to allow the legal sale of recreational marijuana. The reaction there was partly one of puzzlement. The war on drugs was born  of American pressure. What the heck is going on?

The cost of that policy has been horrible for Mexico, where 70,000 have died since former president Felipe Calderon made crushing the cartels his top priority in 2006. While his successor, Enrique Pena Nieto, is focusing less on the cartels and more on restoring public security, blood is still being spilled every day.

Yet America is suddenly projecting muddle. The Justice Department says it still considers marijuana an illegal psychotropic substance but in the same breath promises not stand in the way of states moving to legalise it. Such is the miracle of federalism. But if marijuana is now deemed OK in Colorado – and dispensaries will open soon in Washington as well, the other state that approved legal marijuana at the end of 2012 – what message does that send to Mexico and others fighting the war on drugs largely on America’s behalf?

“It looks hypocritical that we are allowing this experiment to go forward while Mexico is waging a life-and-death war to prevent people from consuming these drugs in the United States,” remarks David Shirk, a fellow with the Mexico Institute at the Wilson Center who also teaches at San Diego University.

“Imagine you’re a Mexican soldier about to raid a major marijuana plantation. He has to be asking himself, ‘Why am I risking my life for a bunch of gringos who are going to smoke this stuff freely in Colorado?’”

Yet there are those in Mexico and elsewhere in Latin America who see hope in the Colorado ganja rush. These are the voices that contend that only by legalising can governments weaken the cartels that have so direly poisoned society with violence and by corrupting civic institutions.

Vicente Fox, Mexico’s president before Mr Calderon, has been preaching the legalisation gospel – and blasting the American-led anti-drugs campaign – to anyone who’ll listen. The war on drugs, he told High Times magazine last summer, has “been a total disaster”.

He added: “My highest priority is to stop violence in Mexico. And this is one clear way that we will accomplish that in the process of time.”

Last month Uruguay decided to move towards the complete legalisation of cannabis, and some important voices in Argentina and Peru are now starting to  urge public debate on the issue also. But here in the United States, any such discussion has until now been routinely smothered.

In the religion of interdiction, all mention of legalisation is heresy. But as Americans now ponder the weed haze over the Rocky Mountain skyline, the possibly benign impact on criminal trafficking of legalisation can no longer be dismissed.

The general premise here is that if cannabis is being produced and sold legally and more cheaply in big states like Colorado and Washington – and with polls showing a majority of Americans now supporting legalisation it’s a fair bet others, including California, will soon follow – Mexican product will no longer be competitive or even of equal quality. The impact becomes all the greater if weed legally grown in those states begins to migrate to others across the US, even as far away as New York, as it surely will.

The cartels will move to compensate for the shortfall, stepping up the trafficking of cocaine and meth and growing their other businesses like kidnapping, ransoms and extortion.

Nor do we know precisely how important marijuana sales are to them; drug lords don’t generally open their books to outside scrutiny. A 2012 research paper by the Mexican Competitiveness Institute in Mexico called ‘If Our Neighbours Legalise’, said that the legalisation of marijuana in Colorado, Washington and California would depress cartel profits by as much as 30 per cent.

A 2010 Rand Corp study of what would happen if just California legalised suggests a more modest fall-out. Using consumption in the US as the most useful measure, its authors posit that marijuana accounts for perhaps 25 per cent of the cartels’ revenues. The cartels would survive losing that, but still.

“That’s enough to hurt, enough to cause massive unemployment in the illicit drugs sector,” says Mr Shirk. Less money for cartels means weaker cartels and less capacity to corrupt the judiciary and the police in Mexico with crumpled bills in brown envelopes. Crimes like extortion and kidnappings are also more easily tackled.

There is an awful lot to weigh in what Colorado has done. As a father I am not thrilled to see marijuana consumption encouraged. What I surely do welcome, however, is the opportunity for the first time to test in practice the argument that legalisation will do more to diminish violence in America’s immediate neighbour and points south than any amount of militarised prohibition.

Mr Shirk puts it this way. If you ask enforcement folk how large a dent their interdiction efforts – seizures, arrests, helicopter raids and so on – actually have on cartel earnings, they will say between 5 and 10 per cent. But just few states embracing legal cannabis may end up robbing them of two to five times that amount.

Yes, we will soon hear of some tragedy due to legalisation – a Denver kid high behind the wheel will kill someone or  crash into a ravine. But put that beside the tens of thousands who have perished in Mexico thanks to a war on drugs that traces back to Richard Nixon and I can live with that.

And that is why I say open all the pot shops that you can, as fast as you can, even if I won’t be visiting them.