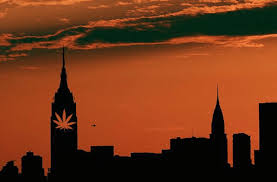 “Research suggests that medical marijuana can help manage pain and treatment of cancer and other serious illnesses,” Cuomo said in the annual State of State speech in Albany.

“We will establish a program allowing up to 20 hospitals to prescribe medical marijuana, and we will monitor the program to evaluate the effectiveness and the feasibility of a medical marijuana system,” Cuomo added, without elaborating.

State Assemblyman Richard Gottfried, a Democrat from Manhattan and a leading proponent of comprehensive legislation for medical marijuana, said he learned about the executive action in a conversation Saturday with members of the governor’s staff. He said the move paved the way for a “limited and cumbersome program” but called it a step forward.

Other New Yorkers welcomed the news. Missy Miller of Long Island said she considered moving to California to gain access to a special strain of marijuana called charlotte’s web oil, a derivative that may help cease her son Oliver’s seizures.

Oliver, 14, had a stroke in utero that resulted in a brain stem injury. Among several other life-threatening consequences are seizures, sometimes more than a dozen a day.

Miller has hoped for comprehensive legislation that would specify the sources and strains of the drug available. Access is “a huge question mark,” she said, adding that while other states have legalized marijuana, “they do not have the strain that will help these children.”

An opponent of the governor’s action said it was driven by politics.

“I think serious questions can be raised about using a political vehicle to achieve the use of a prescribable medication in America,” said William Foster, president of the National Council on Alcoholism and Drug Dependency.

Medical marijuana is not unprecedented in the United States. Twenty states and the District of Columbia now allow it in some form — among them Colorado, where, as of January 1, it’s legal to sell marijuana to those 21 or older — according to information compiled by the National Conference of State Legislatures. (In addition, Maryland has a limited program for research.) The momentum has picked up recently, with most of these efforts taking effect over the past decade.

Among the states that allow medical marijuana are Connecticut, Vermont and New Jersey, each of which border New York. And yet the Empire State has not joined them. Versions of the Compassionate Care Act pushed by Gottfried have passed the state Assembly, only to stall in the Senate.

Cuomo is acting without the legislature’s OK, though what he’s doing is legal, according to Gottfried. He explained that the governor is acting on powers granted through a law passed in 1980 in setting the stage for a highly regulated system that’s less liberal than many other medical marijuana setups nationwide.

Here’s how it would work, according to Gottfried: Under Cuomo’s directive, the state health department would take charge by setting up the guidelines and picking the hospitals that would participate. These hospitals would then have panels of people who decide, on a person-by-person basis, which patients qualify for medical marijuana.

It has yet to be determined where the medical marijuana — or the elements of it that might be dispensed — will come from, including who might produce it.

Gottfried estimated that tens of thousands of people could get medical marijuana by virtue of this policy change, though he insisted it is no substitute for a more complete, far-reaching program.

“(Cuomo) can take (this step) without the need for further legislation,” the Manhattan legislator said. “But to have a truly comprehensive and well-working system will take legislation.” 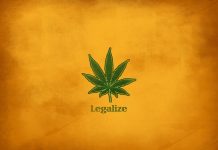 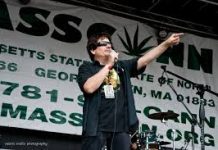 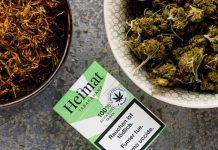