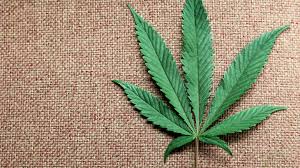 By Colleen O’connor and John Ingold, The Denver Post

Ric Weiler, 60, bought a quarter-ounce of marijuana and some edibles at BotanaCare 21+ in Northglenn, Colo on January 01, 2014. (Craig F. Walker, The Denver Post)

As the new year approached, Courtney smoked marijuana for the first time, after a lifetime of being against it.

“I never smoked before,” said Courtney, a young mother who wants to be identified by first name only. “I always said, ‘I’m a good kid, I’m not going to do that because it’s illegal.’ ”

But she was around marijuana a lot because her husband has smoked it almost daily for 14 years. And she began to wonder whether it could help with her persistent health issues, including chronic pain and loss of appetite. So she decided to try what she had long avoided.

The rapid changes in Colorado’s marijuana laws have caused many people across the state to re-evaluate their relationship with cannabis.

Those who are curious about marijuana and plan to try it include people who have never used it, as well as those who smoked decades ago, before marriage and kids. They say they now plan to buy some marijuana because it’s easy, convenient and legal.

But the continuing stigma surrounding marijuana use — not to mention the very real risks to their jobs — keeps many cannabis newcomers from stepping fully into the light. A 52-year-old man who plans to try pot for the first time didn’t want any part of his name published.

“My hesitation comes from 50 years of negativity associated with drug use and concern about my name being in a news report,” he wrote in an e-mail.

Peter Adler, a professor at the University of Denver who has studied the sociology of drugs, said Colorado’s legalization of adult use and purchase of marijuana will probably lessen the stigma.

“Some of that still exists,” he said. “It’s a very political issue, and people don’t understand exactly the effects of marijuana. But I don’t think there’s any question that the passage of the law in Colorado is a sign of things to come for the destigmatization.”

Even marijuana advocates warn that there can still be serious consequences for cannabis use in Colorado. Employers can fire employees for off-the-job use, and landlords can evict tenants. Marijuana use can impact a person’s government benefits or a child-custody case.

“It’s going to take time to work it out,” said Brian Vicente, one of the architects of Colorado’s marijuana-legalization law. “But we’ve taken a significant step toward mainstreaming marijuana.”

Health concerns may deter some of the curious, and many doctors and drug-treatment professionals worry that enthusiasm over Colorado’s new laws will lead to a public health disaster for the state. In addition to the negative effects that smoking marijuana can have on users’ lungs, treatment experts say there is a risk for adults to become dependent on pot.

Ben Cort, who runs the Colorado Center for Dependency, Addiction and Rehabilitation, said his center has seen an increase in admissions of adults seeking treatment for marijuana use as the state’s laws on marijuana have loosened. Cort said pot use may even lead to psychosis in some people.

“It seems like marijuana is almost always on the list of substances that adults are seeking treatment for,” he said.

But there’s another reason why Colorado won’t completely go to pot. Not everybody is interested in marijuana, even with the new laws.

“I am 60 years old and have never tried any street drugs of any kind,” said Fred Rish. “I don’t understand what the hoopla is about this drug.”

Rish graduated from Northglenn High School in 1971, back when many kids were experimenting with drugs. Raised in a military family, he was never tempted.

“It was like, ‘What are these people doing? What’s the attraction to getting high?’ My wife and I could never see that,” he said. “There are other ways to achieve an altered state of consciousness. I achieve that just by holding my wife’s hand.”

Among people who have never tried marijuana, though, attitudes have shifted in recent decades. In 1977, about 72 percent of people thought marijuana use leads to harder drugs, according to a Pew research poll. Today, 50 percent believe that’s true.

A Gallup poll late last year found, for the first time, that a majority of Americans support the legalization of marijuana.

The changing attitudes have pricked the ears of Dan Morris, who works in the construction industry and is a passionate trombone player in his free time.

“I’ve always been curious about it,” he said.

At 33, Morris has never smoked marijuana even though lots of his friends do. He knows it was an integral aspect of the jazz culture in 20th-century America.

“I don’t think I’m going to suddenly sound like Miles Davis,” he said, “but it might give me insight into those players, because that’s what they were using when they were being creative.”

If he decides to experiment, he’d rather use edibles because he believes smoking would harm his lungs, which he wants in good shape for trombone playing.

Curiosity is a common theme among those who say Colorado’s new laws might cause them to experiment with marijuana.

Amy, a married mother of three kids, will soon visit one of the new recreational pot shops but isn’t sure whether she’ll consume on a regular basis. For now, the idea is intriguing.

As a teenager, she smoked pot about a dozen times, and she knew that a hit or two was her limit. Since then, she has smoked and ingested only a few times.

“I’m not against weed used in a responsible way — and it might be something, now that I’m in my 40s, that I might partake (in) from time to time, more the way I do alcohol,” she said.

Amy, who has two kids in high school and the third in middle school, feels that a trip to a pot store will be educational.

“Raising kids in Denver, you have to be aware of it and be familiar with it, and know what the laws and rules are,” she said. “It’s a big topic of conversation with us. This is the world they live in: ‘What does that mean? What’s it like?’ Kids are curious, and they want to know.”

Ric Weiler, who bought a quarter-ounce and some edibles at BotanaCare on New Year’s Day, works in information technology and knows lots of people who are curious.

“One guy is the only person I know who has no desire to try it, but others haven’t used it in 10 years, and they plan on swinging by once the excitement dies down,” said Weiler, 60. “One told me he quit when his son was in fifth grade and started going to the DARE (Drug Abuse Resistance Education) program. But now he’s in college working on his Ph.D.”

Derek, a working dad, had a similar experience. For years, he smoked pot daily and swore he’d never stop because it helped him chill out. Then, 11 years ago, his son was born, and “it just didn’t seem as cool or as important as he was.”

A decade and a divorce later, he plans to visit a recreational pot store.

“When I don’t have my kids, I think it will be fun to kick it old school,” he said. “I’m not going to be puffing down, but I’m really excited to get some edibles.”

Courtney, too, wanted to go slow in her first experiences. She said she had no idea how it would feel and didn’t want to become too stoned. Her husband offered her advice.

Courtney liked it so much that she plans to use it on a regular basis.

“I was just really relaxed,” she said, “and I couldn’t stop laughing.”