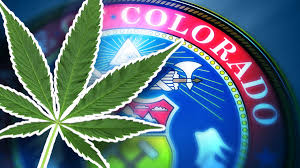 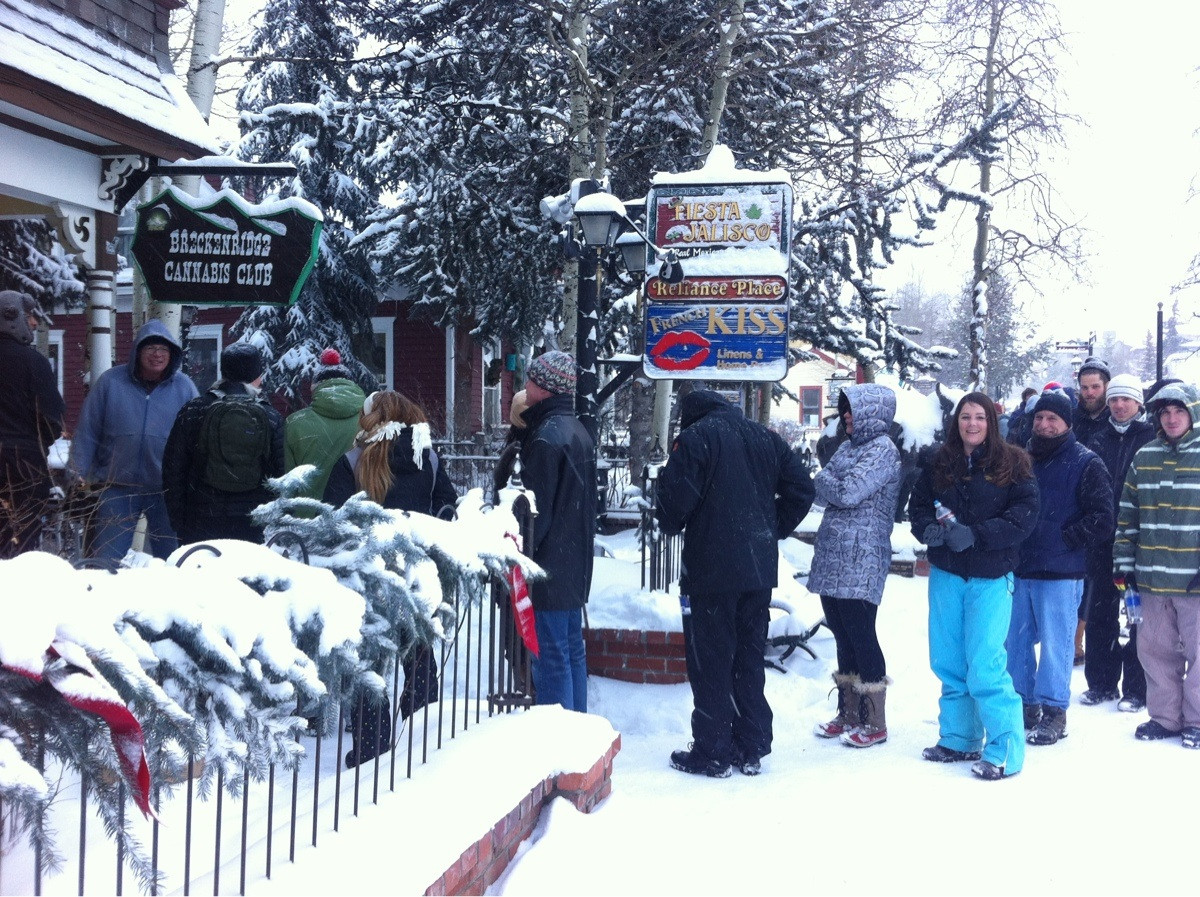 DENVER — At the stroke of 8 a.m. on Wednesday Colorado became the first state in the nation where small amounts of retail marijuana legally can be sold in specialty shops.

The much anticipated first pot sales unfolded in a handful of stores across the state, ushering in a new era as many on both sides of the legalization debate watched the early transactions.

“One minute exactly until we make history,” shouted a harried Jay Griffin, the 43-year-old general manager of Dank Colorado, a tiny shop tucked into a nondescript office building in an industrial district of Denver. With hip, urban decor, the store looked much like an upscale coffee house.

A line of about 40 people stretched down the hallway, waiting patiently and without incident as Steve “Heyduke” Judish, a 58-year-old retired federal worker, stepped to a counter to become the first customer at the first retail store in Colorado to get its license last month.

Judish peeled off $30 cash and walked out with 1/8 ounce of Larry OG, a potent strain of marijuana that connoisseurs like for its euphoric rush. “It’s cool to be part of history,” he said with a grin. He had put his name on a list to be the first customer 14 hours earlier.

But, really, he said he had been waiting 40 years for the moment.

Washington state passed a similar measure, but officials there say it will be later this year before the state is ready to open stores.

Internationally, Uruguay has cleared the way for state-sanctioned marijuana sales, but these also are not yet up and running. The Netherlands has long had an informal decriminalization policy, and patrons can buy marijuana products in Amsterdam coffee shops, but Colorado is the first place in the world where marijuana will be regulated and tracked from seed to store.

Residents with Colorado identification can buy up to an ounce of marijuana at a time.  Those with an out-of-state ID can buy up to one-quarter of an ounce. Buyers are limited to those amounts at individual stores each day but are not restricted from shopping from store to store.

Under state law, however, buyers are only allowed to possess up to one ounce. Stockpiling carries legal risks, officials say

Proponents have long called the legalized sales a a windfall for state coffers since retail pot will come with a hefty 25% state tax on top of the usual sales tax of 2.9%. By some estimates it is expected to generate $67 million a year, with $27.5 million designated for schools, officials said.

Although Colorado issued more than 130 retail licenses last month, the labyrinth of expensive rules and regulations, the logistics of setting up shop with adequate supply and ensuring security meant not every owner who got a license opened on Wednesday. Eight stores in Denver were expected to open.

Marijuana is still illegal on the federal level, which typically trumps state law, but the Department of Justice in August issued a memo to federal prosecutors saying they should not pursue prosecution for recreational pot in Colorado and Washington.

While the excitement level was high in the retail shops, not all were cheering Colorado’s new place in the history books.

Kevin Sabat, co-founder of Project SAM (Smart Approaches to Marijuana) called the landmark “the beginning of the era of Big Marijuana not unlike what we saw in this country with Big Tobacco.”

“This is an industry that makes money off addiction,” he said, adding that he worried children will be targeted and swayed into thinking marijuana is harmless. He vowed to continue the fight against legalization in other states. “We don’t think legalization is inevitable.”

High Art at The Sensi Museum in Spain