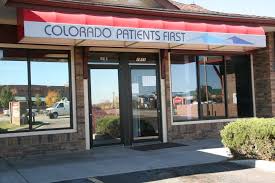 Who can smoke marijuana?

Starting on Jan. 1, anyone over 21 can legally use cannabis. For those under 21, it is illegal, although minors can gain the benefits of medical marijuana with parental consent.

Colorado legalized medical marijuana in 2000. People who already have medical marijuana cards will continue to abide by the same rules, except that the annual registration fee is reduced from $35 to $ 15. (The fee was originally $91 but was previously reduced in 2011.)

Where do people buy marijuana?

Eventually, people will be able to buy weed from pot shops. No one knows how many shops will actually open on Jan. 1; it may only be a handful.

Colorado is home to more than 500 medical marijuana pharmacies, and the way the system is set up, only these shops are eligible to become recreational pot shops. Of those stores, 160 have applied for a license but have yet to be officially approved.

How much marijuana can people buy?

Those with a state ID will be allowed to purchase an ounce each time they go to a pot shop, while tourists will be able to buy a quarter of an ounce.

How much will weed cost?

Recreational marijuana will be sold for $25 to $30 per one-eighth of an ounce. Plus there’s a 25% state tax, which is approximately $7 added to the sale. This will still becheaper than black market weed, which averages for $50 an eighth. Medical marijuana only has local and state sales taxes applied to it, which range from 3% to 5%.

How will I know that my marijuana is real and what is in it?

Weed purchased at pot shops must have a label that lists its potency and any non-organic pesticides or fungicides used in its cultivation.

How much marijuana can people grow?

Individuals can grow six plants and households can grow a total of 12 plants for recreational use.

Where can people legally smoke?

People in Denver are allowed to smoke weed on private property with permission from the owner, including the front porch — even if it’s visible from the street.

Where will the pot shops get their marijuana from?

Until October 2014, recreational marijuana stores must grow at least 70% of the weed they sell. Similarly, cannabis cultivators will have to retail 70%, while the remainder of what they grow can be sold to other retailers.

Will Colorado have enough pot to meet demand?

Some people believe the supply of legal weed will not be able to meet the demand for it on Jan. 1, especially since major towns, such as Aspen, Aurora, and Boulder, have already announced they will not be ready to sell legal weed.

There’s also speculation that the few stores that open will not be able to deal with the crowds and security. Weed can only be purchased with cash.

Where can cannabis be advertised?

Marijuana ads will be allowed in local magazines and television channels. They will not be allowed in places where children will likely see them. They are banned from television shows where more than 30% of the audience is expected to be under 21. Outdoor ads like billboards and bus decals are completely off-limits.

How will the state regulate the marijuana industry?

Marijuana businesses have to be licensed and are required to record everything they do from seed to sale through a tracking system developed by a contractor commissioned by the state.

The tracking, along with restrictions on how weed can be transferred, is meant to ensure that weed does not flow outside of the state. Businesses are also subject to an audit or inspection by the state Marijuana Enforcement Division at any time.

What about the children?

Denver council members gave initial approval to keep marijuana at least 1,000 feet away from schools, which is the same as for medical marijuana. Also, pot purchased from shops must be in opaque, child-resistant packages before leaving the store.

Will people get fired from their jobs for smoking weed?

They can be. Every private company can set its own rules about marijuana.

Will people be allowed to drive while stoned?

Technically it is illegal and it can result in a DUI, just like alcohol, for anyone with 5 nanograms or more of THC in their system while driving. But marijuana impairment can vary greatly from person to person and is hard to accurately detect. Habitual smokers can retain 5 nanograms of THC in their bloodstream, even if they have not smoked for more than 24 hours.

It is illegal to smoke or eat marijuana in a moving vehicle, but it may be carried in the car as long as it is in a closed container.

Will people be allowed to take marijuana on the plane — even if it is just to another city in Colorado?

Nope. Every city and county in Colorado has its own marijuana regulations, with Denver’s tending to be the most relaxed. Check out local websites for more information.

Will people who are in jail for marijuana-related crimes be released?

No, the new marijuana laws will have zero impact on those currently serving sentences. In 2012, the state announced that it would close some current investigations into marijuana-related crimes.

Will the state make money from this?

All marijuana businesses must be licensed and pay fees ranging anywhere from $2,750 to $14,000. Also, voters passed legislation in November that imposes a 15% excise tax on the wholesale price and an initial 10% sales tax on the retail price for recreational marijuana. This means the state will be earning 25% tax on recreational marijuana sales, which is expected to bring in $70 million a year.

What will the state do with this money?

The money will be used for school construction projects and enforcement of regulations on the retail marijuana industry.

Via Shutterstock
–
Via Buzzfeed