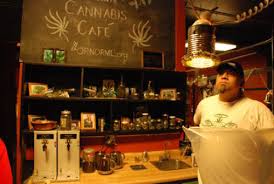 UK drug policy activist Colin Davies plans to open a new “cannabis cafe” in Manchester. Davis emphasizes that the new cafe plans to stay within the bounds of the law. The proposed establishment would not sell marijuana, but would simply serve as a social gathering point for marijuana users. Patrons would be encouraged to bring their own marijuana.

Davies is known for various marijuana-related activism, including an earlier and more ambitious cannabis cafe.

Previously, Davies had been cleared twice on charges involving medical marijuana. He was charged in 1998 in an incident involving growing the plant for his own use to treat chronic pain, and in 1999 in connection with running a larger marijuana distribution organization. Davies had organized the Medical Marijuana Cooperative to supply marijuana for medical purposes on a non-profit basis. Contrary to his expressed expectations, this history did not protect him from later charges.

In September 2001, he opened an establishment in Stockport called Dutch Experience, which aimed to supply marijuana to both medical and recreational users. It was raided within ten minutes of its opening, and Davies was ultimately jailed for three years on charges of importing and supplying marijuana. The cafe did continue operating for some time, however, despite three raids within only its first six months of existence. A second cafe was opened in 2002 in Bournemouth, Dorset, and both Dutch cannabis cafe chains and independent operators expressed plans to open more establishments in the UK.

Cannabis is unfortunately still illegal in the UK, and a wise move in 2003 to downgrade it from Class B to Class C was unfortunately reversed in 2008. Possession of it is now punishable by up to five years in prison, and distribution by up to 14. Patrons at the new cafe, then, are still at least in theory subject to arrest. Chief Inspector Gareth Parkin of the North Manchester Division has simply stated that “We are aware of the proposed use of the premise and if we identify any offences, we will take the appropriate action.”

One district of Berlin has recently voted to go further in the same direction. The parliament of Friedrichshain-Kreuzberg passed a measure in November to set up cannabis cafes in an attempt to combat black-market activity through competition. The district’s Görlitzer Park is particularly notorious for the presence of drug dealers. The new Kreuzberg mayor, Monika Herrmann of the Green Party, endorses such measures, specifying that unlike in the Netherlands, any such establishments should be run by city governments. The details of where the supply will come from, though, are still to be determined, and the district is still applying for permission from the federal authorities.

George Wurth with the German legalization advocacy group Hanf Verband suggests that the success of reform efforts depends largely on the makeup of the federal government. Chancellor Angela Merkel’s conservative Christian Democratic Union, though, won a near-majority of seats in parliamentary elections earlier this year. The CDU has consistently opposed attempts at liberalization of drug policy, including voting against a marijuana legalization measure introduced earlier this year in parliament. The measure would have allowed personal possession of up to 30 grams of the substance and established “cannabis social clubs” where the drug could be procured legally.

The concept is loosely based on the “coffee shops” in the Netherlands, of which there are currently about 700. These cannabis-based establishments are officially tolerated, despite marijuana distribution being technically illegal, as long as they observe certain limits. No one person may purchase more than five grams of cannabis per day, for example. Such shops have been in existence since the 1970s in the northern European country, and the policy has been judged a success in a recent report. Contrary to the fears of some, use rates are not higher in the Netherlands than in many other European countries, and are significantly lower than in the United States. 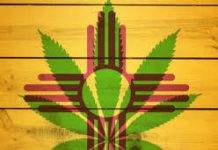 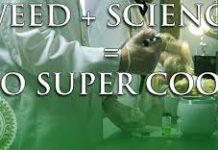