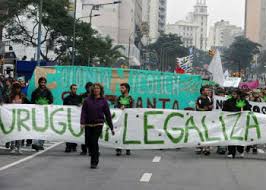 By LEONARDO HABERKORN and MICHAEL WARREN

MONTEVIDEO, Uruguay (AP) — Uruguay’s Senate approved the world’s first national marketplace for legal marijuana Tuesday, an audacious and risky experiment that puts the government in charge of growing, selling and using a drug that is illegal almost everywhere else.

The vote was 16 to 13, with the governing Broad Front majority united in favor. The plan now awaits the signature of President Jose Mujica, who wants the market to begin operating next year.

Two-thirds of Uruguayans oppose a government-run marijuana industry, according to opinion polls. But Mujica said he’s convinced the global drug war is a failure and feels bureaucrats can do a better job of containing addictions and beating organized crime than police, soldiers and prison guards.

“Today is an historic day. Many countries of Latin America, and many governments, will take this law as an example,” cheered Sen. Constanza Moreira, voting with the Broad Front majority.

Uruguay’s drug control agency will have 120 days, until mid-April, to draft regulations imposing state control over the entire market for marijuana, from seed to smoke.

Everyone involved must be licensed and registered, with government monitors enforcing limits such as the 40 grams a month any adult will be able to buy at pharmacies for any reason or the six marijuana plants that license-holders will be allowed to grow at home.

Former Health Minister Alfredo Solari, a Colorado Party senator, warned Tuesday that children and adolescents will more easily get their hands on pot and that “the effects of this policy on public health will be terrible.”

But Sen. Roberto Conde, a former deputy foreign minister with the Broad Front, said marijuana “is already established in Uruguay. It’s a drug that is already seen as very low risk and enormously easy to get.”

Mujica, a 78-year-old former leftist guerrilla who spent years in jail while many others experimented with marijuana, said the goal is to reduce drug use. A government ad campaign launched Friday makes the same point, warning of pot smoking’s dangers to human health.

“This is not liberalization of marijuana. It can be consumed within certain parameters established by law. I think it will reduce consumption,” Sen. Luis Gallo, a retired doctor who favored the bill, told The Associated Press.

The government got help from a national TV campaign and other lobbying efforts supporting by billionaire currency speculator and philanthropist George Soros and his Open Society Foundation and Drug Policy Alliance. In September, Mujica met with Soros and billionaire David Rockefeller in New York to explain his “experiment.”

“I would say to Mr. Soros, to Mr. Rockefeller, and to the president of the republic that you don’t experiment with the Uruguayans. We are not guinea pigs,” Colorado Party Sen. Pedro Bordaberry said Tuesday.

Hannah Hetzer, a lobbyist for the Alliance who moved to Montevideo for the campaign, watched closely from the Senate gallery. 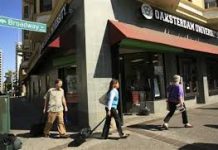 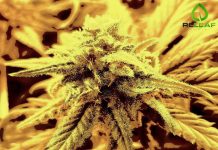