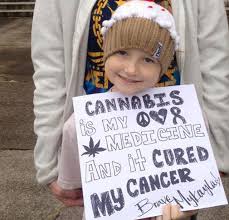 The number of minor children registered to use medical marijuana in Colorado has almost tripled in the past six months, thanks to an influx of parents seeking relief for their children’s incurable epileptic seizures.

In April 2013, Colorado had 35 minors registered — and only five under 10 years old — enrolled in the medical marijuana program.  In June 2013, the Colorado Springs Gazette ran a story on Charlotte Figi, a six-year-old girl who suffers from Dravet Syndrome, a severe form of epilepsy that wracked her brain with hundreds of seizures a week. The story explained how Charlotte was given a cannabis oil extract high in CBD and since then her seizures have been reduced to just one or two a week. News spread through Colorado, and by August 2013 there were 60 minors registered for medical marijuana.

On August 11, 2013, Dr. Sanjay Gupta premiered his “Weed” documentary that took the story of Charlotte Figi national. One month later, the most recent data available for September 2013 shows 90 minors registered for medical marijuana in Colorado, and as subsequent months of data are released, we are bound to see that number continue to rise.

In October, the Gazette ran a story about the phenomenon of “marijuana refugees”, parents of epileptic children who saw the Charlotte Figi story and dropped everything to move to Colorado for a chance at this miracle treatment. This week, The New York Times picked up on the story, dubbing Colorado the “New Frontier on Medical Marijuana.”  Families from Utah, Ohio and New York, conservative Christians, liberal Democrats and moderate Muslims, all are profiled on their emigration from their home state to Colorado. According to Paige Figi, Charlotte’s mother, “There are a lot more coming — a lot more,” noting that over a thousand families have contacted her since the Dr. Gupta special.

And why wouldn’t they? Dr. Margaret Gedde, who has been one of the physicians recommending medical marijuana for these children, surveyed 11 of her “marijuana refugee” families and found eight of them reporting a 98 percent reduction in their child’s seizures from various forms of epilepsy. The other three families reported noticeable declines in seizure activity. Nobody reported that the CBD oil was in any way ineffective, and everybody reported far better results than with conventional anti-seizure pharmaceuticals.

When the Stanley Brothers in Colorado first bred their high-CBD strain, they called it “Hippie’s Disappointment” because it didn’t get anyone high.  Now it is known as “Charlotte’s Web” for the little girl whose miraculous recovery has been a beacon for other families seeking relief for their children.  We’re glad that these families have the option to completely uproot their lives and move to Colorado, but considering that this medicine has less of a high than cough syrup, shouldn’t every parent of an epileptic child in any state be able to have access to it?