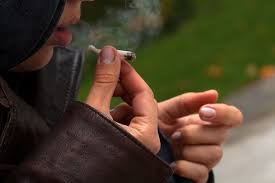 By: Daniel B. Wood

A worker in Colorado who undergoes a random drug test is found to test positive for marijuana use, but in less than a month pot-smoking will be legal there. Can a company with a zero-tolerance policy for illegal drug use still fire that worker, or should it instead adjust its policy on employee drug use?

That’s just one of many questions that employers in both Colorado and the state ofWashington are wrestling with as they adjust to new marijuana laws, which as of Jan. 1 will permit individuals to buy and possess up to an ounce of pot.

The issues to consider are legion: How much discretion do firms have over how to handle workers who smoke pot in their nonwork hours? Can some kinds of workers (officers of the law, public transit drivers, school teachers) be held to a stricter standard than others? And perhaps most germane, when does federal law, which still outlaws marijuana possession and use, trump state law?

That last point is beginning to be resolved in the courts, and so far it’s coming down on the side of the preeminence of federal law. As Colorado Gov. John Hickenlooper famously quipped last November, even as the vote tallies showed the measure to legalize recreational marijuana would be approved: “Federal law still says marijuana is an illegal drug, so don’t break out the Cheetos or Goldfish too quickly.”

“Employers big and small across the state are really struggling with these questions,” says Danielle Durban, a Denver-based employment attorney at Fisher & Phillips LLP. “They have to come up with testing protocols that don’t alienate their own employees but cover themselves from liability, as well,” she says. “Most are wishing legislators had given them more direction.”

Ms. Durban and many others say answers to many of these questions are likely to be clarified in court cases in coming years.

Two big court cases have already started paving the way, although some experts disagree about their exact implications. Both concern employee use of medical marijuana, which is already legal in Colorado and Washington (as well as 18 other states).

In April, the Colorado Court of Appeals upheld the firing of a man who is a quadriplegic for his off-the-job use of medical marijuana use. In the case, Coats v. Dish Network, the state appeals court concluded that because marijuana is illegal under federal law, employees have no protection to use it at any time. (The state Supreme Court has not yet said if it will hear the appeal.)

Then, in August came a ruling from a federal district court in the case of Curry v. MillerCoors. An employee who had tested positive for marijuana was fired under MillerCoors’ written drug policy, though he said he had never used marijuana on company premises and had never been under the influence of marijuana at work. “Despite concern for Mr. Curry’s medical condition, anti-discrimination law does not extend so far as to shield a disabled employee from the implementation of his employer’s standard policies against employee misconduct,” wrote Judge John Kane.

“There is a huge tension between states and the federal government on this issue, and employers are caught in the middle,” says Mark Spognardi, a Chicago-based attorney who specializes in drug and alcohol testing. “The Colorado Coats case is having an effect far and wide.”

The court rulings fly in the face of what the American public apparently expects to be the case concerning worker rights and pot use. Almost two-thirds of Americans say it would be unacceptable for a company to fire an employee for off-the-clock marijuana use in states where using marijuana is legal, compared with 22 percent who say it is acceptable, according to a HuffPost/YouGov poll released Nov. 13. The same percentage said it would be unacceptable to fire an employee for off-hours alcohol consumption.

Most employers fall into one of three camps as they consider the new marijuana laws and their own personnel policies, says Kimberly Ryan, a Colorado-based civil rights and employment law specialist.

Business as usual. Nothing will really change because these companies didn’t have a policy for drug testing before voters approved the marijuana measure.

Adaptable. Some companies are considering policy changes after weighing their hiring reputations against their legal obligations.

Zero tolerance. These employers feel that no worker usage whatsoever is the safest policy, and they rest their case on the rulings in the Coats and Curry lawsuits.

Complicating the debate are employers’ needs to comply with federal laws such as the Americans With Disabilities Act, which mandates that they make reasonable efforts to accommodate workers’ medical issues, and the Family Medical Leave Act, which some analysts say may force companies to grant time off for employees whose medical treatment requires them to take a drug that would cause them to fail a mandatory drug test.

Some employers are looking for guidance from a new Colorado law, which took effect May 28, that defines what constitutes a pot-impaired motorist. It says a driver is considered to be impaired if a blood test shows a level of tetrahydrocannabinol (THC) – the primary mind-altering ingredient in marijuana – that is five or more nanograms per milliliter. The state of Washington has established the same THC limit as Colorado for drivers.

But as far the workplace is concerned, analysts say, employers will be establishing their own rules concerning off-hours marijuana use.

“The bottom line is that employers can say, ‘These are our rules, and if you violate them, you’re fired,’ ” says Durban.

One problem with establishing legal limits for marijuana is that pot behaves differently in the human body than alcohol, say advocates of legal marijuana.

“We have this notion that since we have a magic number for alcohol, that we are going to have a similar number for marijuana,” says Paul Armentano, deputy director of the National Organization for the Reform of Marijuana Law, which advocates legalization. “The problem is that marijuana is not metabolized and absorbed by the body in the same way alcohol is.” Some amounts are retained much longer, and the effect can be hard to gauge, he says.

Daria Serna, a spokeswoman for the Colorado Department of Revenue’s Medical Marijuana Enforcement Division, the state agency charged with regulating the production, sales, and distribution of the drug, says many employers are taking their cue from state law enforcement, which is treating marijuana use in the same way it treats alcohol use.

But others say a zero-tolerance policy is best, given a degree of uncertainty over how the federal government will respond to the states’ new legal-marijuana laws.

“The state passed legalization very easily, but as much as we might disagree, the courts are still telling us we are bound to the federal law,” says Sam Kamin, director of constitutional rights and remedies program and professor of law at the University of Denver’s Sturm Law School.

Durban and others say employers are unlikely to devise policies that are more lenient toward pot-smoking workers than federal law, because if an employee is impaired and ends up injuring someone, they could be legally liable.

“Businesses here are recognizing that this is a learning process in a whole new direction for the state,” says Loren Furman, senior vice president of state and federal relations for the Colorado Association of Commerce & Industry. “Certainly we are going to have to deal with the legal cases as they arise.… For now we’re just basing our actions on what we can glean from the current court cases and statutory guidance as we understand it.”