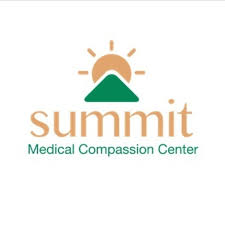 WARWICK — It’s been a big year for medical marijuana in Rhode Island.

They have more than twice as many customers as they were hoping to land after their first year of business.

At the same time, the number of patients in the program has jumped nearly 25 percent in the past seven months, to slightly fewer than 7,000 patients.

Now, the third and final dispensary, Summit Medical Compassion Center Inc., plans to open a large-scale operation in Warwick that will feature a store and cultivation center in an industrial area off Route 95.

Summit has submitted an application to the state Department of Health with more than 300 pages of documents that provide details about the dispensary’s location, business plan, hiring and projections for the next three years. It isn’t Summit’s first proposal.

In 2011, Governor Chafee refused to issue registration certificates to Slater, Greenleaf and Summit for more than a year. Slater and Greenleaf were not fazed by the restrictions, and they pressed ahead with their dispensaries.

Summit had submitted an ambitious proposal to be the largest medical marijuana dispensary in the state. That plan was so big that Chafee worried that Summit could be the subject of a raid by federal authorities. At his urging, the General Assembly passed legislation that limited the number of plants a dispensary could grow to 99 mature plants and 51 seedlings. They also can have a maximum of 1,500 ounces of marijuana ready for sale.

Summit seemed to hesitate, and its plans to open a dispensary and cultivation center on Post Road and Strawberry Field Road fell through.

But two months ago, Summit submitted a new application for a registration certificate. Its projections are more modest than its initial proposal. The application projects that the operation will have 1,105 patients after the first year and 1,610 by the end of year two. During that same time period, revenues from marijuana sales are expected to jump from $3.1 million nearly $4.1 million.

Summit’s staff also is expected to increase from 19 to 39 employees.

Camille Vella-Wilkinson, a Warwick city councilor who represents Ward 3, home of the Summit marijuana operation, is a big supporter of the new business. She said that she attended several state Health Department hearings and learned that medical marijuana was a safer alternative than prescription drugs. She also said that marijuana was cheaper than having patients “pilling up.”

She also said that Summit will bring good-paying jobs, many that pay more than $50,000 a year, to the city.

“I’m absolutely in favor of this,” Vella-Wilkinson said.

The center will lease two buildings with plenty of space. The cultivation center, which will be used to grow marijuana, is at 66 Illinois Ave. and covers 9,660 square feet, while the compassion center, or retail store where the cannabis will be sold, is at 380 Jefferson Blvd., Unit E-2, which has 7,285 square feet of space.

The cavernous buildings with high ceilings are about 500 yards apart, on opposite sides of Jefferson Boulevard.

The sole financier of Summit is Cuttino Mobley, the former University of Rhode Island and NBA basketball star, who made tens of millions of dollars during his 11-year career as an NBA player.

Mobley is providing the dispensary with a $3.5-million line of credit with an annual interest rate of 6 percent that will not commence until the second year of Summit’s operation. He also will kick in $500,000 that will not be repaid.

According to Summit’s proposal, $2.8 million of the credit line will be used to build out the compassion and cultivation centers.

In terms of square footage and projections, Summit, with 16,945 square feet for its compassion and cultivation centers, will be the largest of the state’s medical marijuana dispensaries. Under state law, only three dispensaries are permitted in Rhode Island.

Armand C. Spaziano, Summit’s president and chairman of its board of directors, said “it’s not the goal to be the biggest. The goal is to be efficient and safe.”

The security team includes Napolean “Nappy” Brito, a retired Providence police officer who ran the department’s Bureau of Criminal Identification; and Robert A. McQueeney, a retired state police captain, who serves on Summit’s board of directors.

Summit plans to overhaul the buildings that will house the compassion and cultivation centers this winter and open for business a few months after the new year. Andrea Bagnall-Degos, spokeswoman for the Health Department, said that a public comment session during which residents can express concerns about the business ends on Dec. 13.

Based on those comments, the department can recommend changes and schedule an on-site inspection. The operating license will be issued after the state police inspect the buildings to make sure a proper security system is in place.

Slater’s retail store and cultivation center are housed in the same building, which is 13,750 square feet. Greenleaf grows and sells marijuana in a modest 2,800-square-foot post-and-beam building that serves patients on Aquidneck Island.

Slater was the first to open in mid-April; Greenleaf launched its business in early June.

So far, sales have been booming at each dispensary. At the outset, Slater officials were hoping to have 550 registered patients within the first six months and 1,000 patients by May 31, 2014. Greenleaf was optimistic that it could quickly attract 200 patients.

Figures from the Health Department show Slater now has 2,277 patients and Greenleaf has reached 546 patients, far surpassing the projections.

“Our staff is working hard every day to help registered patients get high-quality medicine in a safe environment,” he said. “It’s an enormous responsibility to care for people suffering from serious and often terminal illnesses. We are proud to play a small part in helping improve the lives of these folks.”

Added Seth Bock, co-owner of Greenleaf: “Patients seem satisfied with the spectrum of unique varieties we offer, as well as the excellent quality and relative affordability of the medicine and products we sell.”

Bock also said that Greenleaf has launched a “collaborative epidemiological study” with Miriam Hospital in Providence to determine which varieties of the marijuana plant best treat certain ailments.

The advent of the two dispensaries has resulted in a surge of patients in the state medical marijuana program. Today, there are 6,720 patients in the program, a 24.8-percent jump from the 5,386 who were registered just seven months ago. At the same time, the number of registered caregivers, who grow marijuana and provide the drug to as many as five patients, has declined from 3,589 to 3,513.

JoAnne Leppanen, executive director of the Rhode Island Patient Advocacy Coalition, said the two compassion centers have been well-received and she’s pleased to see that Greenleaf has dropped its prices of marijuana to less than $250. She said many patients are on fixed incomes and can’t afford to pay $300 to $400 a month for an ounce.

“Patients have been very happy with the compassion centers,” she said. “But the prices can be challenging.”

Slater offers edible marijuana products such as cookies, brownies and flavored lozenges. Greenleaf hopes to have a marijuana baking kitchen up and running before year’s end, and Summit has similar plans. Proponents of medical marijuana say it’s more effective and safer to ingest the medicine than to smoke it.

Greenleaf and Summit also want to start delivery service for patients who are too ill to travel to the dispensaries. All three offer other services such as pain management, educational material, nutrition, yoga and Reiki.

Slater does not make deliveries.

Rhode Island is one of 20 states and the District of Columbia that allow the cultivation and sale of medical marijuana. All six New England states have passed laws that permit registered patients to use the drug to cope with a variety of ailments, but so far, only Rhode Island (2); Vermont (4); and Maine (8) have opened dispensaries for patients to buy marijuana.

Massachusetts is expected to have as many as 35 marijuana centers next year, while Connecticut officials predict that three to five may open in 2014.

Maine has more than 16,000 patients in its medical marijuana program, far more than the other five New England states, and Rhode Island is second with more than 6,700 patients.

Mobley, the former NBA star, has made big waves in both states where he starred on the basketball court before turning pro. He attended Maine Central Institute, a prep school basketball powerhouse, before he enrolled at URI.

Aside from providing $4 million to Summit, Mobley has financed four of the dispensaries in Maine with a $1.6-million line of credit over eight years. The loan was made with an annual interest rate of 8.5 percent.

Could the legalization of marijuana in Rhode Island be far behind?

In 2012, voters approved the legalization of marijuana in Colorado and Washington. And, on Nov. 5, voters in Portland, Maine, overwhelmingly approved legalizing marijuana for residents 21 and older, making the city the first on the East Coast to OK recreational cannabis.

Rep. Edith H. Ajello, D-Providence, who has introduced legalization legislation the past two years, plans to try again in 2014. She said that prohibition isn’t working and permitting marijuana for those 21 and older would result in greater regulation.

“I think it gains traction every year,” she said. “I’m sure that we will move closer, but it’s an election year and it does tend to make my colleagues more hesitant.”