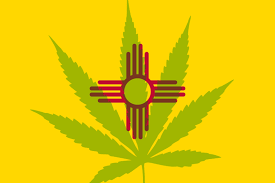 When a state legalizes medical marijuana — as New Mexico did years ago — that means you can’t get in trouble for being a medicinal cannabis patient, right? Wrong.

New Mexico’s largest county is bucking the state’s medical marijuana law by prohibiting any use of marijuana by county employees, following a new policy issued on November 12 by Bernalillo County Manager Tom Zdunek. The county memorandum cites federal prohibition and county policy as the reason for prohibiting the use of marijuana.

More than 10,000 New Mexican residents are actively enrolled in our state’s Medical Cannabis Program and nearly 4,000 of them live in Bernalillo County. Many are military veterans, patients living with disabilities, and victims of serious trauma and violent crime.

Earlier this month, veterans and policymakers teamed up to host a public summit launching the new “Freedom to Choose” campaign that aims to address New Mexico’s military veterans’ legal access to medical marijuana. In response to Bernallilo County’s new policy, the campaign has introduced a petition asking for all compassionate New Mexicans to join them in telling Bernalillo County to protect the rights of New Mexicans and to change county policy to allow patients in the medical marijuana program to be allowed to remain employed.

Last December Bernalillo County Corrections Department Lt. Augustine Stanley, a father of four and a US Army veteran, was successfully using medical marijuana to treat symptoms of PTSD acquired from his tour of duty in Iraq, was dismissed after he tested positive for marijuana in a random drug test.

“I tried all the prescription pills the VA gave me, but none of the medications worked. I felt worse than before I took them, more depressed,” said Stanley. “Another Corrections officer, who is also a veteran, suggested I try medical marijuana.

“At that point I was willing to try anything, so I became a qualified patient,” Stanley said. “Medical marijuana worked for me. I am able to enjoy my children and my wife. I never used my medicine before work. In 13 years of working in corrections there was never a mark on my record. And then one day I was fired. I was even up for a promotion.”

Stanley’s story is not unique. Many military veterans who do not find relief with prescription medication turn to medical marijuana.

“When I returned home from Afghanistan I was diagnosed with PTSD,” said Michael Innis, who served in the General Infantry and who was awarded a Purple Heart after the convoy he was traveling with got hit by an IED and was then ambushed. “I worked with my doctor and tried many prescription drugs.

“Taking handfuls of pills every day, every one with a different set of side effects was hard on my body, and I still experienced some symptoms,” Innis said. “Cannabis was not my first choice of medicine, but I tell you first hand, this medicine works for me. Cannabis allows me to leave my house and has helped me to return to work.”

“Tell them not to turn their backs on veterans, patients with disabilities, and victims of trauma and violent crime,” said Nat Dean, another medical cannabis patient diagnosed with chronic pain and PTSD. “We deserve access to the medicine that works for us. Don’t take away our medicine.”

“Current pharmaceutical cocktails have limited efficacy for PTSD, have significant debilitating side-effects, and have in many cases proven deadly,” confirmed Lisa Walker, M.D., a board-certified psychiatrist. “Given these facts, along with the experience of thousands of patients whose quality of life has been improved by its use, medical cannabis should continue to be an available treatment for those suffering.

“Patients deserve, above all, the freedom to choose the safest and most effective treatment for their disabling conditions — whatever that treatment might be,” Dr. Walker said.

“This is a backwards policy that will prevent people who are suffering from accessing the medicine that works for them,” says Jessica Gelay, policy coordinator for Drug Policy Alliance (DPA) in New Mexico. “Many people find by participating in the medical marijuana program they are able to return to the workforce when before they were too sick to be employed.

“It is unconscionable that the County Manager would unilaterally attempt to deny Bernalillo County employees the right to use a medicine recommended by their physician,” Gelay said. “It is time to stop demonizing marijuana and creating a double standard for prescription medications.”

The county policy memorandum is out of sync with the nation where the most recent Gallup poll found that 58 percent of U.S. residents favor legalizing marijuana for non-medical use.