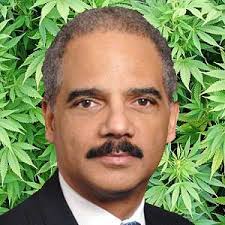 WASHINGTON — The United States government took a historic step back from its long-running drug war on Thursday, when Attorney General Eric Holder informed the governors of Washington and Colorado that the Department of Justice would allow the states to create a regime that would regulate and implement the ballot initiatives that legalized the use of marijuana for adults.

A Justice Department official said that Holder told the governors in a joint phone call early Thursday afternoon that the department would take a “trust but verify approach” to the state laws. DOJ is reserving its right to file a preemption lawsuit at a later date, since the states’ regulation of marijuana is illegal under the Controlled Substances Act.

Deputy Attorney General James Cole also issued a three-and-a-half page memo to U.S. attorneys across the country. “The Department’s guidance in this memorandum rests on its expectation that states and local governments that have enacted laws authorizing marijuana-related conduct will implement strong and effective regulatory and enforcement systems that will address the threat those state laws could pose to public safety, public health and other law enforcement interests,” it reads. “A system adequate to that task must not only contain robust controls and procedures on paper; it must also be effective in practice.”

The memo also outlines eight priorities for federal prosecutors enforcing marijuana laws. According to the guidance, DOJ will still prosecute individuals or entities to prevent:

The eight high-priority areas leave prosecutors bent on targeting marijuana businesses with a fair amount of leeway, especially the exception for “adverse public health consequences.” And prosecutors have shown a willingness to aggressively interpret DOJ guidance in the past, as the many medical marijuana dispensary owners now behind bars can attest.

U.S. Attorneys will individually be responsible for interpreting the guidelines and how they apply to a case they intend to prosecute. A Justice Department official said, for example, that a U.S Attorney could go after marijuana distributors who used cartoon characters in their marketing because that could be interpreted as attempting to distribute marijuana to minors.

But the official stressed that the guidance was not optional, and that prosecutors would no longer be allowed to use the sheer volume of sales or the for-profit status of an operation as triggers for prosecution, though these factors could still affect their prosecutorial decisions.

“That’s just not what they do,” one former Justice official told HuffPost. “They prosecute people.”

As a result of the internal pushback at DOJ, a new memo was issued by Deputy Attorney General James Cole in 2011 that gave U.S. attorneys more cover to go after medical marijuana distributors. Federal prosecutors began threatening local government officials with prosecution if they went forward with legislation regulating medical cannabis.

After recreational marijuana initiatives passed in Washington and Colorado in November, President Barack Obama said the federal government had “bigger fish to fry” and would not make going after marijuana users a priority.

Holder said back in December that the federal response to the passage of the state ballot measures would be coming “relatively soon.”

Washington Attorney General Bob Ferguson told HuffPost his office was preparing for the “worst-case scenario” of a federal lawsuit against the law.

UPDATE: 6:15 p.m. — Senate Judiciary Committee Chairman Pat Leahy (D-Vt.), who’d been pressing Holder to make a decision and respect the will of the states’ voters, applauded the move, saying in a statement that “the Justice Department should focus on countering and prosecuting violent crime, while respecting the will of the states whose people have voted to legalize small amounts of marijuana for personal and medical use.” He had previously scheduled a hearing on the issue for Sept. 10.

At issue will be how the U.S. Attorneys will implement the directive. John Walsh, the lead prosecutor for the District of Colorado, has previously aggressively interpreted guidance from Justice higher-ups and targeted medical marijuana dispensaries that were not accused of breaking any state laws, like those that were operating near schools. His reaction Thursday to Holder’s announcement might not give Colorado business owners much confidence that he intends to modify his approach.

“Of particular concern to the U.S. Attorney’s Office are cases involving marijuana trafficking directly or indirectly to children and young people; trafficking that involves violence or other federal criminal activity; trafficking conducted or financed by street gangs and drug cartels; cultivation of marijuana on Colorado’s extensive state and federal public lands; and trafficking across state and international lines,” Walsh said. “In addition, because the Department of Justice’s guidance emphasizes the central importance of strong and effective state marijuana regulatory systems, the U.S. Attorney’s Office will continue to focus on whether Colorado’s system, when it is implemented, has the resources and tools necessary to protect those key federal public safety interests. To accomplish these goals, we look forward to closely working with our federal, state and local partners.”