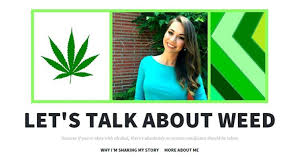 SPRINGFIELD – The public is warming to the idea of medical marijuana dispensaries as the state’s final deadline for applicants nears, according to a new survey by the Western New England University Polling Institute.

A statewide telephone survey of 517 adults conducted earlier this month found that 74 percent support legalizing marijuana for medical purposes, while 21 percent oppose the policy and another 5 percent were undecided. Meanwhile, 61 percent of adults said they would support a dispensary in their community; 30 percent said they would be opposed and 9 percent were undecided or declined to answer.

Approval to introduce medical marijuana shops came through a ballot measure in the 2012 general election. The initiative won approval from voters 63 to 37 percent.

The polling institute showed support for the practice has grown significantly since the last time it posed the question to voters – just before the 2012 ballot question. That survey showed 63 percent supported the policy, with 29 percent in opposition.

“The survey data indicate that Massachusetts residents have embraced the concept of medical marijuana in increasing numbers,” said Tim Vercellotti, director of the Polling Institute and a professor of political science at Western New England University.

The deadline to submit final applications is Nov. 21, and must be hand-delivered.

Vercellotti credited the state’s public awareness campaign with growing support among the citizenry.

“As public awareness increases, support seems to go up as well. Public education may play an important role as state and local officials consider locations for the dispensaries.”

Locally, several prominent members of the business and political landscape have emerged as contenders to open medical marijuana shops.

Heriberto Flores, president of the New England Farm Workers Council, who has significant real estate holdings downtown and elsewhere, has teamed up with former state Senate Minority Leader Brian P. Lees to form a nonprofit company called Debilitating Medical Treatment Centers. R. Lyman Wood, of Hampden, has pledged $500,000 to back the company if it wins a state license.

That company has already won preliminary approval from the state earlier this year along with 57 other applicants. The state requires that applicants are nonprofit organizations with broader human service missions and are well-capitalized.

Under the law, the state can license up to 35 dispensaries, including at least one but no more than five in each county.

Flores told a reporter this week that his company is moving forward but declined to say which community it intends to target.

“Full steam ahead,” he told a reporter during a visit to the Statehouse.

Prospective applicants have bemoaned widespread moratoriums in cities and towns across the Pioneer Valley including in Springfield, Agawam, Longmeadow, Hadley, Hampden, Westfield, Hatfield, Palmer and and Williamsburg. And, local support is critical to applicants.

In Chicopee, officials passed an ordinance allowing medical marijuana shops but included tight zoning requirements. One applicant, Robert Carp of Baystate Alternative Health Care, said previously he toured the entire city and was unable to find a suitable building. However another applicant, Manuel Esteves, has a proposal under review by the City Council for a site at 658 Fuller Road.

Former state senator turned lobbyist Stephen J. Buoniconti, a clerk in C Care Inc., won preliminary approval from the state but said he and his partner are still mulling whether to go forward.

“The application is a behemoth, quite a few people may not go forward,” Buoniconti said, citing concerns over the moratoriums, the need for major security details around the facilities required by the state and uncertainty about whether voters may legalize marijuana altogether through a 2016 ballot measure. “But some groups are forging ahead; we’re still making that determination internally.”

The polling institute results, however, found that respondents’ attitudes toward legalizing marijuana altogether were tepid.