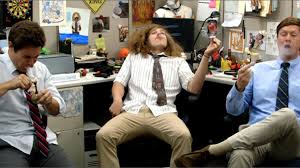 A new HuffPost/YouGov poll has found that almost 2/3rds of Americans believe that it’s “unacceptable” for an employer to fire an employee over their use of cannabis,

in states where it’s legal; the exact same percentage of people also find it unacceptable for someone to be fired over off-the-hours alcohol use.

According to the poll, less than 1 in 4 Americans (22%) find it alright for an employee to be fired over their use of legal cannabis. This poll is one of the first of its kind to ask the opinions of Americans regarding cannabis employment policies.

Even in states where cannabis isn’t legal, 45% of polling respondents stated that it’s unacceptable for someone to be fired over it, compared to just 32% who find it to be “acceptable”.

The full poll can be found by clicking here.