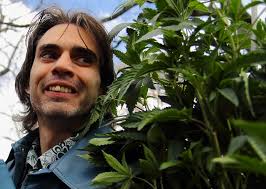 CANNABIS CULTURE – Fantastic news: word came down Friday afternoon from my lawyer Paul Lewin that Public Prosecutions Canada is directing their agent to withdraw in R. v. Mernagh. My ongoing court battle against Canada’s medical marijuana program is finally over.

My final appearance is Tuesday, November 12 at 9am in the Garden City courthouse.

Every four weeks The Mernahuana Zone on Pot TV has been interrupted by these monthly court appearances. I was fuming after last month’s appearance because we were led to believe a withdraw was happening.

The Public Prosecution Service of Canada inquired about obtaining my medical records several months ago. We faxed them a medical document that complied with Health Canada’s new medical marihuana program. This threw a real monkey wrench in their thinking, but they responded positively.

In our opinion, Public Prosecution Service of Canada had to withdraw based on me following Ontario Court of Appeal ruling, which suggested I sign on to Health Canada’s medical marijuana program. The federal agency has greatly overhauled access, but it’s going to take a year or two to determine if it’s for the positive or negative.

After my last appearance, it became apparent the Garden City agent intended to proceed, but R. v. Mernagh hadn’t been handed over to him. We were shocked, but put together a fantastic play that’d be a fitting ending.

Plenty of pain lately and personal disappoint had me not very fired up, but Lewin was ready to rumble.