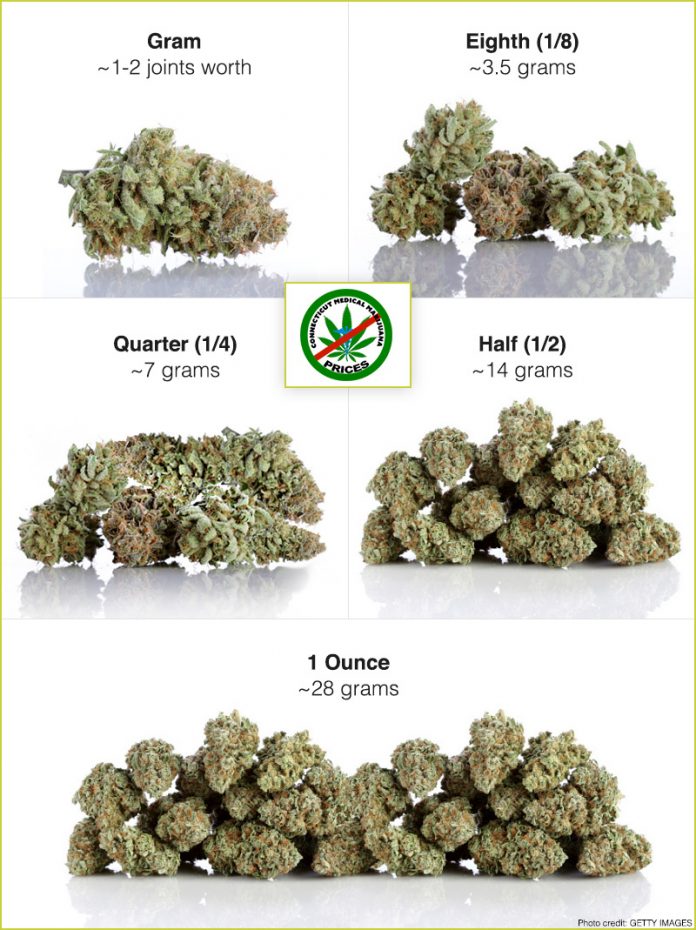 A crowdsourced website shows prices being paid for pot on the unregulated market. GoLocal talks with experts about the impact of legalization on costs.

As states across the country continue to address the issue of legalizing marijuana, real time data compiled by a crowdsourced website shows how much people are paying for marijuana, broken down by states, cities, and towns.

See How Much New Englanders Are Paying for Marijuana Below

Mason Tvert, Communications Director with the Marijuana Policy Project — the group that predicted in August that Rhode Island would be next state to legalize marijuana after Colorado and Washington — said while the numbers on website were self-reported from an unregulated market, the experience in Colorado was that the prices have gone down since its legalization in the state.

“The whole point is that we’re regulating it,” said Tvert. “In Colorado right now the going rate is $200 for an ounce, but you’re not finding that in a retail or underground. We have hundreds of medical marijuana dispensaries. When there’s more competition, prices decrease.”

Last week, voters in Colorado approved a 15% excise tax on marijuana sales, and a ten percent sales tax on legalized marijuana, which was approved in the state in 2012.

Tvert further addressed the issue of taxation in Colorado. “That wholesale excise tax — the first $40 million in tax revenue that is generated is earmarked towards public school construction program, which can be leveraged through bonds to be a lot more,” said Tvert. “And the separate 10% sales tax goes towards regulatory enforcement,” noting that was a required stipulation in a recent memo from the Department of Justice.

While Tvert thought that the price of marijuana might increase initially, he believed the legalization would enable prices to be driven down.  “If the price of production goes down, growers can then buy a warehouse, or handle electricity in any way a major business would,” said Tvert.  “We expect people will be building out.”

Still, he cautioned against any state dependency on tax revenue.

“Do lawmakers view this as a source of revenue?  Yes….depending on the kind structure that’s put in place,” he said.  “Taxing marijuana isn’t going to save a state’s budgetary problems. You can solve some problems…but it’s not going to fully-fund our education system.”

Impact of Legalization on Rhode Island?

Rhode Island State Representative Edith Ajello, who has been a proponent of legalizing marijuana in Rhode Island, said that while there haven’t been major developments since the last General Assembly session in terms of discussions in the legislature, the conversation at the national level had “changed substantially,” noting in particular the recent Gallup poll in October that said that 58% of Americans were in favor of legalization.

In Rhode Island, the possession of marijuana was decriminalized in 2012, making possession of up to one ounce by an individual 18 subject to a non-arrestable civil offense, punishable by a $150 fine, no jail time, and no criminal record. The law took effect on April 1, 2013.  Medical marijuana was approved in the state seven years ago, with dispensaries opening for the first time this year.

Looking at legalization, however, Ajello did not see tax revenue as being a major part of the conversation. “Some of us feel are still uneasy about depending so heavily on gambling revenue,” she said, adding, “I think in Rhode Island we’ve had some reluctance to tie revenue sources to particular areas of the budget,” referring to the Colorado’s legalization education earmark.

“As for myself,” said Ajello, “I would concentrate on saying that the income combined with the savings in law enforcement can be used to make greater investments in what’s needed in the state.”

Pat Oglesby, the Founder of the Center for New Revenue who recently weighed in on the Colorado taxation scenario for the Huffington Post, addressed legalization — and revenue — with GoLocal.

Oglesby continued, “As for revenue, the official Washington State estimate was $500 million per year — $80 per resident (not per user) per year. I think that’s way, way too high. Colorado is figuring on less than $20 per resident per year. That sounds more realistic. With a million people in Rhode Island, $20 million might be a good wild guess about what revenue to look for.”

“Beyond costs of setting up and administering the new law, there is one danger to revenue,” said Oglesby. “IF people drink less alcohol because drinkers sometimes switch to marijuana instead, taxes on beer, wine, and liquor would go down, ” he said, adding, “That’s a big IF.”

Kevin Sabet with Smart Approaches to Marijuana (SAM) addressed the issues of tax revenue as part of the legalization conversation.

SAM, which “believes in an approach that neither legalizes, nor demonizes, marijuana,” is currently chaired by former Rhode Island Congressman Patrick Kennedy.

“States may see [revenue] at first — just like they saw alcohol, tobacco, and the Lottery that way — but they are in for a rude awakening,” said Sabet.  “We know, for example, that every $1 gained alcohol and tobacco tax revenue costs society $10 — in the form of low productivity, accidents, and health care costs. Why should we expect marijuana–which combines the intoxicating properties of alcohol with the lung damage associated with smoking — to be any different?”

Sabet continued, “Society will have to pay for increased regulations (including increased law enforcement and spending on new government bureaucracies to manage legalization) along with costs associated with increased car accidents, school dropouts, workforce problems, etc. Even though a minority of all of the marijuana users will have problems (just like a minority of overall drinkers have major alcohol problems), that small number of users will incur a huge cost to society.”

Sabet compared the legalization of marijuana to the tobacco industry.

“I think the pro-side will continue to make the scientifically dubious argument that legalization keeps drugs away from kids (since drug dealers don’t ask for ID) even though we know that as a substance is more widely available, normalized and commercialized, it becomes used and abused. Alcohol is a case in point: kids have easy access to beer even though its use is supposed to be illegal until age 21. I think the anti-side will rightfully express doubts that the commercial, legal market won’t exploit kids and target vulnerable populations,” said Sabet.

“There is middle ground, though, found in the idea that we don’t have to jail low-level marijuana users or saddle them with criminal records while at the same time not legalizing and commercializing a new addictive substance. We have dealt with Big Tobacco for 80 years – why would we want to usher in Big Marijuana now?