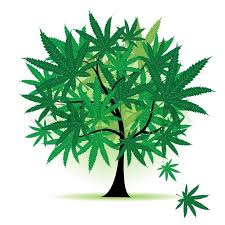 The marijuana industry is convincing Americans its substance is safer than alcohol, and booze lobbyists don’t like it.

Marijuana has been giving alcohol a bad name. So contend booze lobbyists, who are getting sick of an ad campaign that makes the claim that pot is safer than their beloved beverages.

“We’re not against legalization of marijuana, we just don’t want to be vilified in the process,” said one alcohol industry representative who didn’t want to be quoted harshing his colleagues mellow. “We don’t want alcohol to be thrown under the bus, and we’re going to fight to defend our industry when we are demonized.”

The marijuana industry has had a good couple of years: a recent poll found that 58 percent of the country thinks the product should be legal, recreational use has been legalized in two states already, and this past election saw the city of Portland, Maine, legalize 2.5 ounces of pot. Ahead of the vote in Portland—which received 70 percent support—the Marijuana Policy Project put up signs around the city with messages like “I prefer marijuana over alcohol because it doesn’t make me rowdy or reckless,” and “I prefer marijuana over alcohol because it’s less harmful to my body.”

Alcohol lobbyists believe it’s a “red herring” to compare the two. “We believe it’s misleading to compare marijuana to beer,” said Chris Thorne of the Beer Institute. “Beer is distinctly different both as a product and an industry.”

Thorne notes that the alcohol industry is regulated, studied extensively, and perhaps more importantly already an accepted part of the culture.

“Factually speaking beer has been a welcome part of American life for a long time,” he said. “The vast majority drink responsibly, so having caricatures won’t really influence people.”

But MPP takes issue with the idea they are painting a false picture. In a recent Op-Ed for CNN, Dan Riffle, the group’s director of federal policies, notes that according to the Centers for Disease Control excessive alcohol use is the third leading lifestyle-related cause of death. Booze also “plays a role in a third of all emergency room visits,” he says.

And as to whether it’s fair to compare the two substances?

“That’s like saying we shouldn’t talk about relative harms of sushi to fried chicken,” said Mason Tvert, who in addition to working at MPP wrote a book called Marijuana is Safer: So Why are We Driving People to Drink? “It’s important that people know the relative harms of all substances, so there’s no reason not to talk about the two most popular substances in the world.”

Tvert says he could “appreciate their concerns if we were exaggerating or making anything up, but we aren’t. We are simply pointing out the facts.”

Perhaps there’s a need for a booze and weed summit. Tagline: shots taken, not fired.