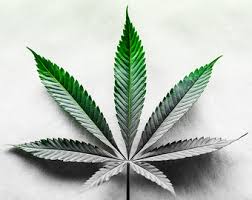 Looks like recent polls showing a clear majority of Americans in favor of legalizing marijuana has played out that way in Portland, Maine,  and three Michigan cities where voters overwhelmingly approved legalizing possession of marijuana.

That city’s initiative of the voters legalizes …

The Portland Press Herald is reporting that 70 percent of voters have approved the measure. And, while there are more votes to come in, the lead has proponents declaring victory.

These are not the big tests of legalized and taxed recreational markets that will come up for votes in several states, primarily Alaska and Oregon, in 2014, and many others in 2016. But the votes are a test of public willingness all the same.

Voters in three Michigan cities – Lansing, Jackson and Ferndale – all approved the legalization of the use or possession of up to an ounce of marijuana on private property by anyone 21 years or older.

Nearly 63 percent of Lansing residents voted to amend the city’s charter to legalize the possession, use and transfer of an ounce of marijuana, reported Mlive.com.

Jackson passed a similar ordinance by 60 percent and Ferndale passed one as well by 69 percent of the vote, the site reported.

“There are now 14 cities in the state of Michigan that passed similar ordinance, and we hope this will send a message to politicians,” marijuana proponent Roger Maufort told the news site. “We’re very excited.”