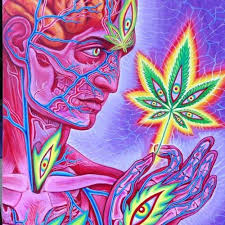 People have always commented on my calm demeanor, and my ability to get along with just about anyone that I talk to. I always assumed it was because I was easy going as a result of consuming so much cannabis during my life. It turns out that science backs up my theory. See below:

Courtesy of The Joint Blog

A new study published by the journal Neuropharmacology has found that cannabinoids may reduce aggression, and improve social interactions.

For the study, researchers “examined the role of cannabinoid CB1 receptors (CB1r) in aggressive behavior”, and found that a compound meant to mimic THC (a prime compound of cannabis) ”significantly decreased the aggression levels” of the mice that it was administered to. The researchers also examined mice which were bred without CB1 receptors, and found them to be more inherently aggressive than normal mice.

The full study can be found by clicking here.

Via  The Joint Blog