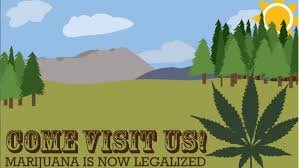 As reported earlier this month, the number of children on the Colorado medical marijuana patient registry — with parental permission — nearly doubled from June to August this year, with sixty kids under the age of eighteen now on the list. This is the highest that figure has ever been, and it’s due in no small part to six-year-old Charlotte Figi, a Colorado Springs girl featured in an August CNN special hosted by Dr. Sanjay Gupta that explored the world of medical cannabis.

Figi suffers from a rare genetic disorder called Dravet Syndrome; the ailment caused her to have as many as sixty painful, body-wrenching seizures every day. At one point, things were so bad that her parents filled out a “Do not resuscitate” form for their daughter.

In 2012, and at wits’ end, her parents finally turned to Colorado’s burgeoning medical marijuana industry, where they found salvation in the form of a high-CBD infused olive oil that Charlotte takes orally. Within weeks, she went from 1,000 seizures a month to just three.

“I have seen more patients like Charlotte firsthand, spent time with them and come to the realization that it is irresponsible not to provide the best care we can as a medical community, care that could involve marijuana,” Gupta said in the special. And it’s probably no coincidence that the number of young MMJ patients rose the month the program aired.

Charlotte Figi’s story is eye-opening. And coupled with the renowned doctor’s go-ahead, it seems to have inspired a small migration of families with sick children to Colorado, in search of an alternative treatment for their little loved ones. The Colorado Springs Gazette reports that nearly twenty families with children suffering from seizure disorders have relocated to the state recently, looking for one last chance to help their kids.

Among them is Mohammad Halabi, a Lebanese refugee who has moved his family from New York City to the Springs based on a YouTube video he saw about Figi. Halabi’s own daughter, two-year-old Mia, also suffers from Dravet’s Syndrome, and what he saw gave him hope once again.

Josh Stanley, the dispensary owner and grower who discovered the high-CBD plant used to make Figi’s medicine, also was part of the Gazette article. According to him, he’s been getting endless calls from families across the U.S. and a waiting list of about 1,000 people. He’s rushing to increase production of the strain, now called Charlotte’s Web, but won’t have a full harvest until March.

This lag time may be preventing even more families from moving here immediately. As at least one reader has pointed out to us in the past, Stanley often says his primary goal is helping patients, but he has yet to release his Charlotte’s Web to additional growers.