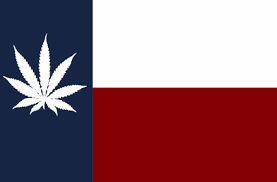 Nearly 60 percent of Texas voters favor the legalization of marijuana for adults and regulating it like alcohol, according to a public policy polling survey released Tuesday.

The Marijuana Policy Project found that 58 percent of voters were for legalizing the drug, while 38 percent remained opposed.

“Most Texans agree that marijuana sales should be conducted by legitimate businesses instead of drug cartels in the underground market,” said MPP executive director Rob Kampia.

The poll also found 61 percent of voters support removing criminal penalties for possession of up to one ounce of the drug. Those voters favored replacing penalties with a civil offense punishable by a fine of up to $100 with no possibility of jail time. Only 30 percent said they were opposed.

Under current Texas law, it is a criminal offense for a person to possess a small amount of marijuana. If convicted, the person can be sentenced to up to one year in jail and fined up to $2,000.

A majority (58 percent) also supported allowing people with serious illnesses to use medical marijuana if their doctors recommended it.

The survey of 860 randomly selected Texas voters was conducted September 27-29 and has a margin of error of plus or minus 3.3 percent.