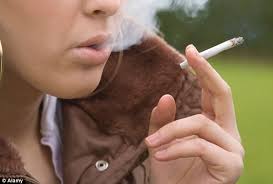 PROBLEM: “Marijuana use is associated with an acute increase in caloric intake,” goes the clinical jargon for popular lore. Still despite eating more while high (by some measures, over 600 extra calories per day), marijuana users’ extra intake doesn’t seem to be reflected in increased BMI. Indeed, studies have identified a reduced prevalence of obesity in the pot smoking community.

METHODOLOGY: Researchers at the University of Nebraska, the Harvard School of Public Health, and Beth Israel Deaconess Medical Center analyzed data from a nationally representative sample of over 4,600 adults. About 12 percent of the participants self-identified as current marijuana users, and another 42 percent reported having used the drug in the past. The participants were tested for various measures of blood sugar control: their fasting insulin and glucose levels; insulin resistance; cholesterol levels; and waist circumference.

RESULTS: Current marijuana users had significantly smaller waist circumference than participants who had never used marijuana, even after adjusting for factors like age, sex, tobacco and alcohol use, and physical activity levels. They also had higher levels of HDL (“good cholesterol“). The most significant differences between those who smoked marijuana and those who never or no longer did was that current smokers’ insulin levels were reduced by 16 percent and their insulin resistance (a condition in which the body has trouble absorbing glucose from the bloodstream) was reduced by 17 percent.

People who had previously used marijuana, but not in the past thirty days, tended to have similar outcomes, but to a much lesser degree. In addition, none of these measures were impacted by how much marijuana people reported smoking.

IMPLICATIONS: Although they’re not sure exactly how it happens, write the authors, these findings suggest that marijuana somehow works to improve insulin control, regulating body weight and perhaps explaining why marijuana users have a lower incidence of diabetes. Adding to the big questions — “can weed can treat obesity?” and “marijuana makes you skinny?!” — is the possibility that marijuana might be useful in helping people to manage their blood sugar.

The full study, “The Impact of Marijuana Use on Glucose, Insulin, and Insulin Resistance among US Adults,” is published in The American Journal of Medicine.