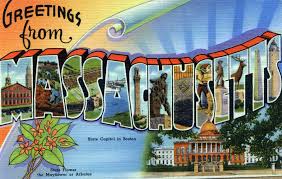 BOSTON — A total of 22 applicants for medical marijuana dispensaries were eliminated on Monday from competition by the state Department of Public Health.

The process now leaves 158 applicants for dispensary licenses for medical marijuana, down from 181 initial applicants. In addition to the 22 eliminated by the state, one company withdrew.

A total of 22 applicants failed to pass a first phase of vetting by the state that looked at finances, nonprofit status, and possible criminal backgrounds of companies.

In a stiff financial hurdle, applicants needed to demonstrate they have at least $500,000 in liquid capital to pass the first phase.

In Western Massachusetts, one applicant failed to pass muster in Franklin County – Fotia’s Inc., none were eliminated in Hampden County and one was cut out in Hampshire County, according to an updated list from the state.

That leaves five applicants in Franklin, 11 in Hampden and five in Hampshire. All cleared the first phase in Berkshire, which has three applicants for dispensary licenses.

“This is a very competitive process and we required applicants to meet high standards to advance,” said DPH Commissioner Cheryl Bartlett in a conference call with reporters. “We are fortunate that Massachusetts has a large field of serious applicants, who are capable of making a significant investment to benefit qualified patients and safeguard communities.”

Bartlett said she could not discuss specific applications, but she said applicants were denied mostly because of incomplete applications or a lack of sufficient capital.

Bartlett said final applications for dispensaries will be approved after the start of next year. Once a license is approved, it would take a minimum of 120 days for a dispensary to open.

Applicants are competing for as many as 35 dispensary licenses the state can issue under a ballot law for medical marijuana approved in November. Each county must have at least one dispensary, but not more than five.

If applicants passed the first phase, they are clear to proceed to a second phase, which requires a $30,000 nonrefundable application fee.

Carp said he does not understand the reason his application was turned down in Hampshire. He said he met the capital requirements for all three applications.

Carp said he is confident in the strength of his applications and the people involved with his company, but he is unsure of the competition.

“It’s very hard to determine what attributes another candidate brings to this without seeing their application,” Carp said.

Applicants may face difficulties in winning approval of communities for dispensaries.

According to the State House News Service, about one third of the state’s 351 cities and towns have approved at least temporary moratoriums on dispensaries including Palmer, Longmeadow, Springfield, Westfield, Hampden, Wilbraham, East Longmeadow, Hadley, Hatfield, Williamsburg, Chester, Egremont and Sheffield.

Flores, who is also president of the private, nonprofit New England Farm Workers Council, said that his medical-marijuana organization will seek to locate a dispensary in a Hampden county community that is not putting up a road block.

“We will submit a very competitive and top shelf program,” Flores said, adding that his organization will include a first-rate provider with experience.

Nuciforo said he was confident moving forward. He said he was delighted with state approval of the first phase for his nonprofit organization.

“We continue to work in Hampshire county,” he said on Monday. “We haven’t located a specific property.”

David A. Mech, a lawyer in Springfield and director of First Aid Inc., which also had a phase one application approved, said it would be great to have a dispensary in Springfield, but the city has a moratorium.

Mech said First Aid is looking in Western Massachusetts for a possible dispensary.

He said he believes that First Aid has a good shot at winning a license for a dispensary. “We’re just looking forward to finding the right place and the community support,” he said on Monday. “Wherever it makes sense is where we will put it.”

Dispensaries must sell vaporizers, a delivery mechanism for medical marijuana that is seen as safer by many people than pipes or rolling papers. Vaporizers allow people to inhale the chemicals, but they don’t produce more dangerous smoke.

Under phase two, applicants must present locations for their proposed dispensaries and growing operations. They also have to demonstrate support from a community.

The 158 applicants who cleared phase one have been invited to apply for the second and final phase of the review process. An informational meeting for phase two applicants will be held Oct. 10 at 1 p.m. at the Holiday Inn, 30 Washington St. in Somerville. At the meeting, public health officials will take up questions on the application process.

Once phase two applications are in, a selection committee will evaluate and score them based on such factors as ability to meet the health needs of registered patients, appropriateness of the site, geographical distribution of dispensaries, local support, and ensuring public safety.

Bartlett said the state does not have a deadline yet for submitting applications for the second phase.

She said full applications for phase one would be posted online by Tuesday. 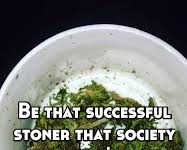 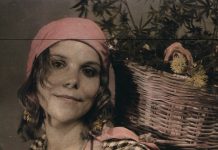