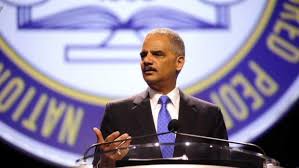 WASHINGTON — The Obama administration on Thursday expanded its effort to curtail severe penalties for low-level federal drug offenses, ordering prosecutors to refile charges against defendants in pending cases and strip out any references to specific quantities of illicit substances that would trigger mandatory minimum sentencing laws. 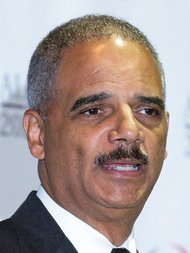 “By reserving the most severe prison terms for serious, high-level, or violent drug traffickers or kingpins, we can better enhance public safety,” Mr. Holder said. “We can increase our focus on proven strategies for deterrence and rehabilitation. And we can do so while making our expenditures smarter and more productive.”

On Thursday, the Justice Department ordered prosecutors to apply the new policy retroactively to defendants who are already in the system but have not yet been sentenced. It was not immediately clear how many pending federal drug cases would be affected.

In cases where a defendant has been charged but guilt has not yet been determined, prosecutors will be directed to file replacement criminal complaints to eliminate references to specific quantities of drugs that would trigger a mandatory minimum sentence were the defendant to be convicted, according to a three-page Justice Department memorandumfrom Mr. Holder to federal prosecutors.

Mr. Holder’s memorandum says that for cases in which a defendant has already been found guilty but no sentence has yet been imposed, prosecutors have discretion about whether to apply the new policy.

They are “encouraged to apply the policy in guilty-plea cases where legally and practically feasible,” he wrote, but they should generally “not seek relief for a defendant” who chose to go to trial. The memo portrays the policy as an exercise of prosecutorial discretion and directs Justice Department officials to fight any motion by a convicted but not yet sentenced defendant to seek relief without the government’s consent on the basis of the new policy.

The memo also says “prosecutors should not disturb the sentence in a case in which sentence has been imposed.”

The Justice Department policy follows efforts pioneered in states including conservative-leaning Texas and South Carolina to control soaring taxpayer money that is spent to incarcerate huge numbers of nonviolent offenders. Still, those changes were approved by state legislatures. By contrast, the Obama administration is undertaking its move without waiting to see whether Congress will approve legislation to restore greater leeway to judges in sentencing.

The wave of change comes as crime has plummeted to the lowest level in four decades, leading to a bipartisan pendulum swing against the tough-on-crime policies imposed a generation ago amid the crack cocaine epidemic. Those policies resulted in an 800 percent increase in the number of prisoners in the United States at a time when the national population grew by only a third.

Mr. Holder has repeatedly criticized the moral impact of the nation’s high incarceration rate, emphasizing that while the United States has only 5 percent of the world’s population, it has 25 percent of its prisoners.