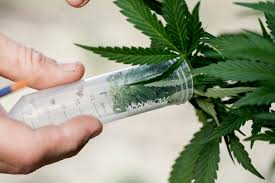 [1] 18 states have legalized weed for some purposes. 13 states are sponsering bills that ask for the respect of state laws on the matter.

Many feel that the drug should be legalized, taxed, and regulated like alcohol.

How it stands now

– The law:
– 1970 controlled substances act labels marijuana as a schedule one drug
– Meaning:
– High potential for abuse
– No currently accepted medical use
– A lack of accepted safety
– And placing Marijuana in a more dangerous drug class than cocaine

In fact, teens aged 12-17 state that it’s easier to get marijuana than beer or cigarettes.[2]

The war on drugs has failed, and with the call for greater gov efficiency, states are looking for new solutions to the drug “problem.”

Self reported Marijuana use is nearly double in the U.S. than in more “liberal” marjuana system of the Netherlands.[9]

“Globally, drug use is not distributed evenly and is not simply related to drug policy, since countries with stringent user-level illegal drug policies did not have lower levels of use than countries with liberal ones,”–Researcher Louisa Degenhardt[9]

So what does decriminizaliton mean?…

– The 858,000+ arrested on Marijuana charges last year don’t have to be
– Processed
– Tried
– Incarcerated
– 758,593 (88%) of whom were prosecuted for simple posession.
– That’s more than those arrested for
– murder
– manslaughter
– forcible rape
– robbery
– and aggrevated assault
– combined…

Many violant crimes remained unsolved (rape, sexual assault, assault and battery, burglery). Do we really need to spend this type of money on catching potheads?
– $7.7 government expenditure on Marijuana prohibition.
– +
– $6.2 billion dollars in tax revenue at alcohol or tobacco tax rates.
– +
– $10.5 billion pumped into the economy (est. for what Americans spent on weed in 2000).
– =$24.4 billion in savings and recirculated money.

It took some mind expansion to even get this place started

It’s obviously the thing to do.