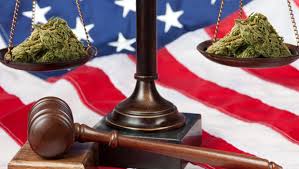 When voters in Colorado and Washington approved the legalization of marijuana possession for adults, it was a policy breakthrough, but there was a problem: the newly approved state laws conflicted with federal law.

Under the Controlled Substances Act, federal law bans marijuana use, so Colorado and Washington were left wondering whether the Justice Department would intervene and block the measures approved by state voters.

Today, as Ryan J. Reilly and Ryan Grim reported, Colorado and Washington got their answer.

The United States government took an historic step back from its long-running drug war on Thursday, when Attorney General Eric Holder informed the governors of Washington and Colorado that the Department of Justice would allow the states to create a regime that would regulate and implement the ballot initiatives that legalized the use of marijuana for adults.

A Justice Department official said that Holder told the governors in a joint phone call early Thursday afternoon that the department would take a “trust but verify approach” to the state laws.

That last part is important. The DOJ is effectively letting the states know that they can proceed on their current course, but if federal law enforcement has reason to believe in the future that Colorado and Washington are failing to be responsible, the feds can revisit the new policy.

In the meantime, though, that means these states — and any others that choose to follow their lead — can move forward on legalization.

After watching the “war on drugs” move in only one direction for the majority of my life, this strikes me as a pretty amazing development. Up until fairly recently, it would have been unimaginable.

* the distribution of marijuana to minors;

* revenue from the sale of marijuana from going to criminal enterprises, gangs and cartels;

* the diversion of marijuana from states where it is legal under state law in some form to other states;

* state-authorized marijuana activity from being used as a cover or pretext for the trafficking of other illegal drugs or other illegal activity;

* drugged driving and the exacerbation of other adverse public health consequences associated with marijuana use;

* preventing marijuana possession or use on federal property.

But note that this leaves a whole lot of recreational pot use that federal prosecutors will no longer feel the need to pursue.