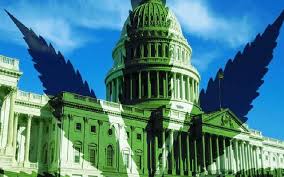 Blurred lines between state and federal laws forces Congress to take up hearing on marijuana.

The hearing, which is scheduled for Sept. 10, comes as 20 states allow marijuana for medical purposes and Colorado and Washington voted to legalize recreational use of marijuana in 2012.

The state laws are in direct conflict with the federal Controlled Substance Act, which classifies Marijuana as Schedule 1 drug — a dangerous and illegal substance.

Since states began legalizing marijuana for medicinal purposes, federal authorities have been torn as to whether or not to go after businesses that are legal in a state’s eyes, but illegal in the view of the federal government.

“It is important, especially at a time of budget constraints, to determine whether it is the best use of federal resources to prosecute the personal or medicinal use of marijuana in states that have made such consumption legal,” Leahy said in a released statement. “I believe that these state laws should be respected. At a minimum, there should be guidance about enforcement from the federal government.”

Leahy has long been concerned that the federal government has been too aggressive in its prosecution of marijuana dispensaries that are under their state’s laws, legal. Since Colorado and Washington legalized recreational use of the drug, he has continued to ask the administration to clarify its approach to enforcement.

Federal agencies from the Department of Justice to the IRS have gone after medical and recreational marijuana businesses. In California, for example, medical marijuana businesses have been barred from deducting standard operating expenditures from their taxes. And in Montana, a federal crackdown on dispensaries, spooked state lawmakers so much that they voted to overturn the law. Ultimately, however, Montana Democratic Gov. Brian Schweitzer vetoed the repeal.

[PHOTOS: Marijuana Through the Years]

Even banks, under the law, could be prosecuted for allowing dispensaries to deposit profits in the banks’ accounts, forcing many businesses to operate as a cash-only operations.

Allen St. Pierre, the executive director of NORML, a group that advocates to legalize marijuana, says it is about time Congress addressed the broad divisions between federal and state laws.

“There is such a grey area in the law.” Pierre says. “It is time somebody had a hearing. The Obama Administration has failed to address this issue at all.”

There are currently seven pieces of legislation pending in Congress to address marijuana distribution in the country, from bills to legalize the substance to legislation that would grant tax breaks to marijuana dispensaries tax that are similar to what other small businesses receive.