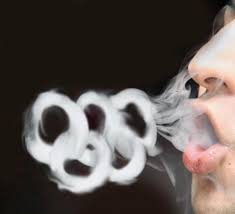 The World Anti-Doping Agency (WADA), which has set drug testing standards in international competition since 1999, has amended its definition of a “positive” test for cannabis, raising the limit from 15ng/mL to 150ng/mL. The new limit will have the effect of clearing any Olympic athletes of impermissible cannabis use except for those who are under its influence while competing.

The move signals a significant shift away from the former “zero-tolerance” policy rooted in moral disapproval, when drug warriors insisted that any cannabis use at all violated “the spirit of the game” or “sent the wrong message to kids,” to a policy more similar to those governing the use of alcohol.

Authorities deny that the move was motivated by any perception of cannabis as a performance-enhancing drug, despite evidence that it could be used for such a purpose (see Cannabis Now, Issue 6: “Does Cannabis Give a Competitive Edge?”). Rather, as explained by Dr. Matt Fedoruk, director of the US’s sister agency to WADA, the concern is safety: no one wants, for example, a bobsled team going down an icy tube at high speed if the lead driver is intoxicated.

Bottom line: come the 2014 Winter Games, some hardworking athletes may finally be allowed to take a well-earned toke.