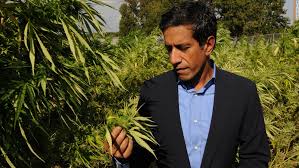 “fitful, angry, and living in denial, the federal government’s reign of willful ignorance may soon end.”

For decades, misinformation has been puked up by the DEA and regurgitated as fact by America’s lame stream media. Claiming that medical marijuana is a hoax, a scam, a swindle of the worst sort– perpetrated on America’s oblivious citizens. Many knowledgeable Americans have been laughing at the federal government’s claim, seeing the medicinal value of cannabis. So, naturally, the feds took action, seeking to prove their point – that marijuana had no medicinal value. Yet the scientific evidence didn’t pan out the way they had hoped.

Oh how “the best laid plans of mice and men often go astray.”

A recent study of medical marijuana sponsored by the feds and conducted at the University of California Center for medical cannabis, was originally designed to disprove that cannabis had any medicinal value. However, quite to the contrary, the CMCR discovered that medicinal marijuana indeed has a legitimate medical application. From relieving chronic pain to helping AIDS / HIV wasting syndrome, marijuana’s active cannabinoids were found to be of sufficient value to warrant the reclassification of the cannabis plant. Primarily as a means of facilitating greater research, understanding of the active compounds in cannabis. The July 2013 study was recently published in the Open Neurology Journal.

To the great credit of the researchers who conducted the study, they concluded that the Drug Enforcement Administration’s classification of marijuana as a schedule 1 substance within the controlled substance act is “not accurate”… as well as “not tenable.”

As most are aware, president BHO (Barack Hussein Obama) could easily hand down marching orders to US Atty. Gen. Holder, instructing him to request the DEA to immediately reclassify marijuana within the CSA, allowing more scientific trials on marijuana’s cannabinoids by universities around the country. With regards to herbs… the food and drug administration is little more than a neutered puppy – provided the herb has not been categorized, and demonized by being labeled as a narcotic by the DEA.

Should the DEA have an epiphany, and remove marijuana from the CSA drug schedules, our FDA would be powerless to regulate marijuana.