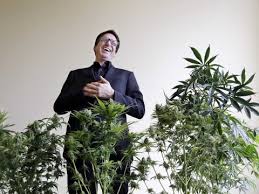 In a large national study of drug use in Ireland and Northern Ireland, researchers for the state found many of the patterns of marijuana use that we’ve come to expect:

Then came the surprise: “Rates were highest among people who were still in education over the age of 20 and lowest among those who left education before the age of 15,” reports the Independent.

The Irish Examiner added this factoid from the survey: “Rates for lifetime cannabis use were highest among professionals and managers, and lowest among the semi-skilled and unskilled.”

We turned to the US Government’s Substance Abuse and Mental Health Data Archive (SAMHDA) to see if the pattern holds in the U.S. and it seems to.

Does it surprise you that a higher percentage of educated folks used marijuana in their life? Let us know!