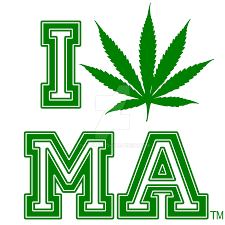 Medical marijuana is about to become a high-tech endeavor in Massachusetts, with the state exploring the acquisition of what is likely to be a multimillion-dollar IT program to monitor the so-called seed-to-sale production, transport and handling of what will continue to be a controlled substance.

The state is soliciting for consultants to advise regulators of the state’s new medical marijuana industry on how long it would take, and how much work would be required, to build a computer software system to handle “the Medical Marijuana Systems Project,” according to a state Executive Office of Health and Human Services request for information.

Though marijuana is still banned under federal law, Massachusetts is among more than a dozen states that have legalized it for medicinal reasons.

One company that produced medical marijuana tracking software, MJ Freeway of Colorado, has already hired local lobbyists, the Herald reported last month, as part of a broader story on the big business behind medical marijuana.

The Department of Public Health’s medical marijuana rules call for the creation of “a single electronic system” that would “capture everything that happens to an individual marijuana plant, from seed and cultivation” to final sale, adding that the “system shall chronicle every step, ingredient, activity, transaction, and dispensary agent, registered qualifying patient, or personal caregiver who handles, obtains, or possesses the product. This system shall utilize a unique plant identification and unique batch identification.”

The state hasn’t said how much it expects to spend on a system. A DPH spokesman could not be reached for comment yesterday.

But officials say the multi-million dollar business will be “revenue neutral.” The fees people pay to sell and use medicinal marijuana are expected to cover the state’s costs of enacting and enforcing the new law. The state wants dispensary operators to pay annual $50,000 license fees and place $500,000 in escrow, making it unlikely small providers can enter the business.

Some of the state’s past IT procurements have been problematic.