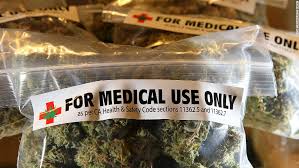 My breast cancer diagnosis at age 26 was an unwelcome and at times harrowing experience. What allowed me to endure the darkest days was the hope that my rigorous treatment — chemotherapy, surgeries and radiotherapy among them — would allow me to once again live a full and healthy life. It’s what propelled me to walk back into the hospital for more treatments.But then came A/C: The “A” stands for Adriamycin, a drug neon red in color and injected via large syringes by oncology nurses; its apt nicknames are “red devil” and “red death.” That probably should have been the red flag that I wasn’t going to escape without being slightly worse for wear.

After each of my four biweekly infusions, I lay bedridden for four days, debilitated by severe nausea, heartburn and overall discomfort. I also suffered deep bone pain, a consequence of the Neulasta shot given to keep my white blood cell counts up. I acutely felt all of these side effects, despite being given an intravenous anti-nausea medication, taking anti-nausea tablets every few hours and heartburn medicine and a low-dose prescription narcotic for the bone pain. None of this provided me with the relief for which I longed.

Eventually, though, I was lucky enough to take a medicine that did alleviate my suffering. Not so fortunate was the fact that it came in the form of a drug illegal under federal law: cannabis.

Though cannabis for medical purposes became legal in the District (where I live) in 2010, the city-sanctioned dispensaries that can supply it are only now inching closer to opening their doors.

Nevertheless, marijuana is still banned under the Controlled Substances Act — meaning it continues to be a federal crime to possess or grow marijuana, even in the 18 states plus the District that permit it for medicinal purposes. As a Schedule I drug, cannabis is deemed to have no “accepted medical use” and to lack “safety for use under medical supervision.”

Yet marijuana was the only thing that truly quelled my stomach, provided for restful sleep and allowed me to eat and drink. I was not a cannabis smoker prior to my diagnosis, and I am not one now. I used it only during my chemotherapy treatments, which ended a few months ago. I am willing to go public with my experience because, while the tide may now be turning, there remains a stigma — and many stumbling blocks for patients who would benefit from marijuana — where there should be none.

Legal efforts to shift marijuana to a different schedule under the Controlled Substances Act, thereby loosening restrictions on access to and research on the plant, have failed. The Drug Enforcement Administration’s refusal to change the drug’s classification because of a lack of “adequate and well-controlled studies proving efficacy” has been upheld. No studies of the drug have met the DEA’s criteria to prove that marijuana has an “accepted medical use.”

But a complicated process hinders marijuana studies. With cannabis on Schedule I, investigators interested in researching it must apply for a special license from the DEA and have their study approved by the Food and Drug Administration. To actually obtain the plant, researchers must then apply for access to the National Institute of Drug Abuse’s research-grade supply of the drug.

NIDA is known to refuse requests. When an agency whose mission is to bring “the power of science to bear on drug abuse and addiction” is charged with regulating who conducts research on cannabis, it’s easy to see why this is so. In a 2010 New York Times article, a spokeswoman for NIDA said that the group’s “focus is primarily on the negative consequences of marijuana use,” adding, “we generally do not fund research focused on the potential beneficial medical effects of marijuana.”

Prominent medical associations such as the American Medical Association and theAmerican College of Physicians have called for a review of marijuana’s Schedule I status. Others, such as the Institute of Medicine, have recognized cannabis’s potential and determined that it should be further researched. Yet, the DEA’s stance remains that “smoked marijuana has not withstood the rigors of science — it is not medicine, and it is not safe.”

I tell my story to illustrate the contrary: It was the safest medicine I took over the course of my cancer treatments. Only with further research can we better understand the palliative effects of cannabis — and perhaps finally make it more accessible to the many of us who suffer chronic pain and discomfort. For us, quality of life has special meaning. 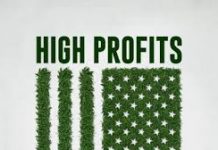 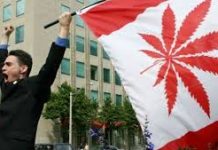 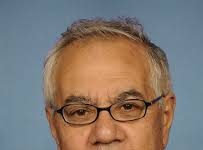 Colorado pulls in $44 million in recreational pot tax in 2014