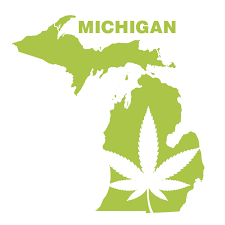 A Taylor, MI man was resting at a Best Western motel in Arlington, Va., today after riding his motorized wheelchair about 600 miles from his home to the White House.

Curtis Kile, 52, who has had cerebral palsy since birth, said he made the trip — on sidewalks and road shoulders, through small towns and big cities — to raise awareness about the importance of medical marijuana for those with serious health problems.

After arriving at the White House gates about 8 p.m. Wednesday, “I just sat there for about 20 minutes — I was really amazed that we made it,” he said. Kile was accompanied by his son, Curtis Kile Jr., 17, who drove the family’s 2006 Econoline van equipped with a wheelchair lift.

The elder Kile returned to the White House on Thursday, spoke to a crowd gathered for a human rights rally and hoped to speak to President Barack Obama about how medical marijuana has helped him. But he said he had no appointment with the president or anyone else in the White House, and “I didn’t get a phone call or nothing from them.”

Still, he said, he was glad he made the journey, during which — short on money — the father and son often camped outdoors, with Kile sleeping in his wheelchair.

“I don’t think the trip was a waste. We were able to draw attention to the issue,” Kile said today. He said a Free Press article on his trip, published Monday, helped “double or maybe triple” donations to his effort. The duo plan to spend their return trip in motels because of that.

Kile’s pilgrimage drew attention “across the country,” said Rick Thompson, publisher of the Flint-based Cannabis Chronicles website. Those who support “legal and safe access” to medical marijuana have been disappointed in the Obama administration’s continued use of federal agents and drug laws to prosecute users of medical marijuana, even in states that have state laws that allow medical use, including Michigan, Thompson said.

A Presidential candidate's view on cannabis