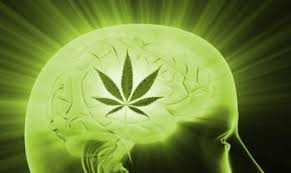 Migraines are a severe form of headache that are estimated to affect 15% of the worldwide population. Patients describe the attacks as throbbing sensations in a specific area of the head, usually accompanied by nausea, vomiting and extreme sensitivity to light and sound.

Unfortunately, the cause of migraine attacks remain a mystery to researchers and many patients fail to obtain relief from currently available treatments.

On the other hand, the use of medical marijuana as a migraine treatment dates back to the 19th century and – despite modern-day prohibition – has gradually rebounded in recent years.

In fact, surveys conducted in California suggest that around 5% of medical marijuana patients use the substance for migraine relief.

Migraine headaches involve a complex array of underlying factors that researchers have yet to unravel. Still, studies have made some progress towards identifying the source of migraines.

In addition to genetic factors, migraines have been linked to inflammation and abnormalities of specific areas of the brain, including the brain stem. Dilation of blood vessels in the brain and high serotonin levels are also believed to contribute to migraine headaches.

Cannabis was widely prescribed by Western doctors throughout the latter half of the 19th century. Specifically, the use of cannabis as a treatment for migraines was supported by a number of prominent physicians of the time, including Sir William Osler.

In 1915, Sir Osler wrote that ‘Cannabis indica is probably the most satisfactory remedy’ for migraines and cited others in recommending a ‘prolonged course’ of cannabis treatment.

In the following year, Dr. Dixon, Professor of Pharmacology at the Kings’ College and the University of Cambridge, also wrote about the therapeutic benefits of smoked cannabis for headache sufferers.

Interestingly, cannabis was included in various 19th century pharmacopoeias as a treatment for migraines.

Unfortunately, modern-day research has yet to investigate the effectiveness of marijuana-based treatments in migraine patients. However, numerous studies conducted on animal models provide strong support for its therapeutic potential.

The Role of Cannabinoids in Migraines

The endocannabinoid system consists of cannabinoids produced naturally by the human body as well as the receptors they bind to in order to achieve their effects. These receptors are known as cannabinoid receptors and are found in high concentrations throughout the brain.

Activity of cannabinoid receptors has been shown to have a positive impact on a wide range of factors involved with migraine headaches. As well, experts have suggested that a lack of endocannabinoids may contribute to the development and severity of migraine attacks.

For instance, studies have identified low levels of endocannabinoids in patients with chronic migraine, which experts suggest could increase blood vessel dilation as well as pain from migraine attacks.

Interestingly, an animal study published in 2007 found that increased activity of the endocannabinoid system led to a reduction in pain signals sent by the brain stem. The authors concluded that cannabinoids showed promise as a treatment for sufferers of migraines and other headaches, although psychoactive effects could be a problem for some users.

“The data suggest that CB receptors may have therapeutic potential in migraine, cluster headache, or other primary headaches.” (Akerman et al., 2007)

In another animal study published in 2011, researchers found further evidence of the potential for cannabinoids to relieve pain associated with migraines as well as the possible role of endocannabinoid system abnormalities in migraine attacks.

“The study confirms that a dysfunction of the endocannabinoid system may contribute to the development of migraine attacks and that a pharmacological modulation of cannabinoid receptors can be useful for the treatment of migraine pain.” (Greco et al., 2011)

Finally, numerous studies show that cannabinoids found in marijuana – including THC and CBD – can have strong anti-inflammatory effects. In fact, an animal study published in 1973 found that THC was 20 times stronger than aspirin and nearly twice as strong as hydrocortisone in reducing acute inflammation.

Over the years, a number of researchers have published case reports documenting the effectiveness of medical marijuana in treating migraine headaches.

In 1993, Dr. Lester Grinspoon co-wrote and published a book entitled Marihuana: The Forbidden Medicine, in which the use of marijuana for migraines was covered in detail. One story involved a migraine sufferer who had repeatedly failed to obtain relief from standard pharmaceuticals, eventually finding that small doses of marijuana worked best for managing their symptoms.

Interestingly, migraines have also been reported by patients after regular cannabis use is stopped. A paper entitled ‘Marijuana and Migraine’ (El-Mallakh, 1987) presented 3 of such cases, noting that one patient was able to relief their migraine attacks by using cannabis again while the other 2 found standard drugs to work effectively.

Finally, a more recent case study published in 2009 described the ability of marijuana to stop cluster headaches in a patient who had failed to obtain relief from traditional medications. Remarkably, the patient found marijuana to work within 5 minutes of taking the drug.

But despite strong historical and anecdotal evidence of the effectiveness of medical marijuana for migraine headaches, clinical trials involving human patients have never been conducted. As such, migraine sufferers who turn to cannabis for relief are likely to face resistance from the medical community over the ‘unproven’ safety and effectiveness of this alternative headache treatment.