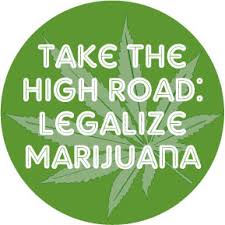 Project SAM’s Kevin Sabet and other prohibition advocates have seized on a new Wall Street Journal op-ed rehashing claims that marijuana use may be correlated with schizophrenia:

Why isn’t this getting more play? Doc at Yale School of Medicine: Pot-Smoking & the Schizophrenia Connection…

Washington Post blogger Jennifer Rubin, in a piece titled, “A Really Good Reason Not to Legalize Pot,” claims that “the move toward legalization of marijuana is premised on the assumption that it is ‘safe.’”

The argument that marijuana should be legalized because it is safe or safer than other substances like alcohol is an argument that some reformers often make, but it’s not an argument you’ll ever see me making, and it’s certainly not the only reason people in our movement want to end prohibition.

In my view, getting sucked into a debate over whether marijuana is good or bad is an unhelpful distraction from the core issues we need people to understand about prohibition.

Even if some people think that marijuana is the most dangerous thing in the world and refuse to change their minds about that, advocates can still convince them to support legalization by detailing how prohibition only increases any harms associated with the drug compared to how those harms could be lessened and better managed under legal regulation.

And so on. Every possible harm associated with marijuana is clearly made much, much worse by prohibition.

While reformers are right that science shows marijuana to be a safer alternative to alcohol and other legal substances, I fear that my colleagues who lead with this argument are missing an opportunity to get as many new people as possible onto our side. Sure, it makes marijuana users who already support reform feel justified in their beliefs, but focusing on trying to get people to change their minds about marijuana the drug as opposed to marijuana laws can easily lead those people we still need to convince to incorrectly believe that supporting legalization is only for those who love marijuana or want to use it. And it can give people the impression that marijuana use is going to become much more widespread after prohibition ends.

At best, I fear that these arguments are a distraction from the real issues. At worst, they can make people who are on the fence go over to the other side.

Now, I’m aware that polls show a correlation between being aware that marijuana is safer than alcohol and support for marijuana legalization. I just think it’s much harder to actually get people to change their minds about marijuana the drug than it is to get them to understand the practical case for marijuana policy reform.

So, while I’m sure some of my colleagues in the movement will rightfully pick apart the holes in the above-mentioned prohibitionist screeds about schizophrenia – and for the sake of science I’m glad they will – I’d rather see more movement resources devoted to getting people to understand the mental health impact of being handcuffed and tossed in the back of a police cruiser than the mental health impact of marijuana itself.

I think the former is a much easier argument to win. 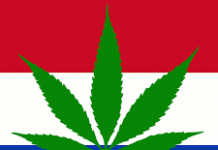 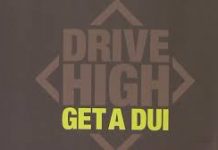