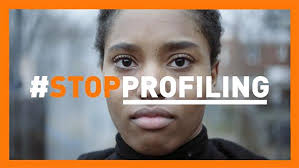 Local police and elected officials say law enforcement agencies in Bristol County do not target minorities for marijuana possession as suggested by a recent report by the American Civil Liberties Union.

Local police and elected officials say law enforcement agencies in Bristol County do not target minorities for marijuana possession as suggested by a recent report by the American Civil Liberties Union.

“Absolutely not. I haven’t seen any evidence of it,” Somerset Police Chief Joseph Ferreira said.

“Our arrests are based on the facts of the case. We don’t make arrests or issue citations based upon the minority status of anyone,” Swansea Police Lt. Greg Ryan said.

The ACLU released its report — entitled “The War on Marijuana in Black and White: Billions of Dollars Wasted in Racially-biased Arrest” — last month indicating that black people nationwide are 3.73 times more likely than whites to be arrested for marijuana.

The statistical analysis was based on the FBI’s Uniform Crime Reporting program, for which local, county and state law enforcement departments across the nation provide statistics on the numbers of crimes and arrests reported in a given year.

However, law enforcement officials said the statistics do not show a complete picture in that they do not take account factors such as whether marijuana arrests occurred during “high-energy” patrols in certain neighborhood “hot spots.” Marijuana possession, officials said, is also often a secondary offense in a criminal case where a defendant is charged with more serious crimes.

“You’d have to see what the population for police encounters is and then see if a particular grouping was more likely to get arrested in a similar situation,” said Taunton Police Chief Edward Walsh, who added that, “anecdotally,” he has not seen any disparities between whites and minorities being arrested.

“Generally, at the local level, unless something else is going on, marijuana possession is under the radar,” Walsh said, adding that officers often do not encounter marijuana unless there is an “ancillary situation” such as domestic violence or other violent crimes.

New Bedford Police Chief David Provencher said the statistics might be skewed by a high number of arrests happening at one time in certain neighborhood “hot spots.” But over the course of a year, Provencher said, the ACLU’s conclusion “is a strong statement based on an assertion without taking into account a whole bunch of other variables.”

Marijuana possession arrests in Massachusetts have also plummeted since minor possession — defined by state law as one ounce or less — was decriminalized after a 2008 state ballot measure,

The number of black people arrested for marijuana possession also dropped by 85 percent, but they are still arrested at a higher rate, the ACLU said.

“The war on marijuana has disproportionately been a war on people of color,” Ezekiel Edwards, director of the ACLU Criminal Law Reform Project and one of the report’s primary authors, said in prepared remarks.

The ACLU report says that enforcing the marijuana laws wastes about $3.61 billion of taxpayer dollars every year — about $9.32 million in Massachusetts — and strains law enforcement resources. The ACLU favors legalizing marijuana for people over 21 in a regulated and taxed licensing scheme.

“The aggressive policing of marijuana is time-consuming, costly, racially biased, and doesn’t work,” Edwards said, adding that marijuana arrests “have a significant detrimental impact on people’s lives, as well as on the communities in which they live.”

The United States Conference of Mayors passed a resolution on June 24 urging the federal government to let states craft their own policies for handling marijuana. The resolution said the “costly and ineffective prohibition” of marijuana drained public resources, and that those costs are often absorbed at the local level.

Fall River Mayor William Flanagan said he had not seen the resolution or the ACLU report, but he said that in general, he does not support liberalizing access to marijuana.

“As a former prosecutor, I’ve seen first-hand the damage that drug use can cause to an individual, as well as that individual’s family and community,” Flanagan said, adding that he believes the Fall River Police Department does not treat individuals differently based on their race or socioeconomic background.

“They’re trained to investigate criminal activity, to use reasonable suspicion when warranted and make arrests based on probable cause,” Flanagan said.

“It doesn’t jive with what my experience has been in law enforcement,” Hodgson said, adding that police officers and members of his department’s drug investigative team focus mainly on where drugs are coming from and who the major players are in those operations.