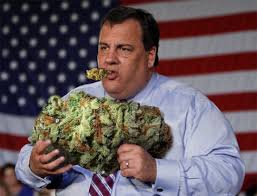 Two-year-old Vivian Wilson sleeps with a heart and oxygen monitor attached to her toe. When she wakes up, the toddler must wear an eye patch and be kept from direct sunlight. An overnight bag, oxygen tanks and other medical equipment are stacked behind the sofa.

Vivian is diagnosed with a rare and severe form of epilepsy known as Dravet syndrome.

These are a few of the ways her parents relentlessly manage everything that comes into contact with their youngest daughter, who suffered her first seizure when she was 2 months old.

None of it is enough. Medications help, as does a high-fat, low-carbohydrate diet — every meal weighed to a 10th of a gram. But only so much.

Vivian’s parents, Brian and Meghan Wilson, enrolled her in New Jersey’s medicinal marijuana program in desperation, hoping that a strain of pot that has stopped most seizures in a small but growing number of children in Colorado and California could help her.

But before her registration card arrived in February, the couple said they figured out the state’s restrictive law and medical community’s unwillingness to participate in the program is preventing any minor from getting help.

Meghan Wilson said she has been writing to and calling lawmakers to explain her daughter’s condition and to ask them to relax some of the medical marijuana program restrictions for the few children who may need it.

“All you need to do is see Vivian have one seizure and you are open to anything,” she said.

“The state says the (medical marijuana) program is active, but it’s really not,” she said, noting only about 130 of 900 registered patients have been called in to buy marijuana from the one operating dispensary because supply is scarce.

“When someone with cancer can’t even get what the state has said they need, then Vivian is probably five years away from getting what she needs.”
“I am not going to stop fighting for her,” she added. I’m fighting so she can have a childhood.”

The law requires three physicians — a pediatrician, a prescribing physician and a psychiatrist — to recommend a child for the program. The Wilsons are still looking for a psychiatrist.

A Rutherford doctor who said he has recommended three children to the program said state health officials have asked him to hold off on making any new recommendations until other willing specialists can be found. “I am actively looking,” said Anthony Anzalone, who says his practice has helped enroll 90 patients.

If the Wilsons clear that hurdle, they’ll have to overcome other legal restrictions on what growers may produce.

They want to find a grower willing to cultivate and produce in edible form a strain of marijuana low in psychoactive properties, or what gives patients that high feeling, and high in cannabidiol, another chemical compound.

Dravet patients out West are having success with “Charlotte’s Web,” a strain named after the first child who tried it.

The dilemma is, aside from lozenges, state law prohibits the sale of edible pot products. And with New Jersey growers limited to producing three strains, devoting one that only a small number of patients may want may not be a good business decision, Meghan Wilson said.

When the Wilsons tried to enlist the help from some physicians in the past, one reacted with disgust. Another dismissed their request immediately, citing the American Academy of Pediatrics’ position against medical marijuana.

“People just don’t like to hear about marijuana and kids,” said Brian Wilson, 39, a technical consultant to a software company. “It kills me when people say, ‘Oh, we don’t know the side effects and it kills brain cells.’ Well, she’s already killed brain cells on these (prescription) drugs. The seizures have killed brain cells.”

The Wilsons are banking on a long-shot, untested remedy outside the scope of accepted medicine.

Orrin Devinsky, director of the New York University and Saint Barnabas Epilepsy Center, said he believes cannabis can play a role in helping children with epilepsy.

He and the British company GW Pharmaceuticals expect a response from the U.S. Food and Drug Administration this summer to their request to use cannabinoids, an active ingredient in marijuana, “as a compassionate drug in a limited number of patients whose seizures are not controlled with current medications.”

Devinsky said he’s not familiar with Charlotte’s Web. “But I have spoken to some parents from Colorado and California, and believe there is enough evidence from animal studies and anecdotal patient stories to justify more systematic study.”

As long as the federal government deems marijuana illegal with no medically beneficial use, research money will remain scarce.

So will physician interest. Larry Downs, executive director of the Medical Society of New Jersey, a physician lobbying group, said the medical marijuana program is not generating a lot of interest.

“A lot (of doctors) won’t even consider it, there is still a big research void,” he said.

Innovation is left to trial and error of cultivators like the Stanley Brothers, a Colorado Springs, Co., company. They developed Charlotte’s Web two years ago after meeting with Charlotte’s mother, Paige Figi, said Amanda Stanley, the wife of grower Joel Stanley.

He also runs the nonprofit Realm of Caring, which links families with low-cost marijuana capsules high in cannabinoids, which provide some of the helpful benefits.

“We don’t have any research money. We are a nonprofit and it’s been through our own research with experience with patients we developed Charlotte’s Web,” Stanley said. “Charlotte was our first patient, and within seven days she was seizure free.”

Figi and her daughter appear in a YouTube video laughing and playing — two things that never would have been possible before she started taking the drug, the mother said.

“We have our daughter back. She has her life back,” Figi said in the video.

“Honestly, we don’t know why it works,” Stanley said. “But our patients have had incredible results.”

One frightening episode taught the Wilsons they couldn’t rely on medication alone to keep Vivian alive and healthy.

It was at her first birthday party in April 2012. Minutes after she had gleefully dug her plump fists into her birthday cake, Vivian began to shake violently and struggled to breathe. Paramedics had difficulty opening up her airway. She spent eight days in the hospital.

Her parents and doctors put her on a physician-monitored low-carbohydrate diet consisting mostly of cheese, eggs, butter, oils, cream, avocado and a limited amount of fruits and vegetables. Devinsky, Vivian’s neurologist, said the high-fat diet “changes brain electricity in a positive way” for epilepsy patients.

Her parents hide or remove anything with stripes or brightly colored designs in their home or wardrobes; the patterns transfix her and send her into a seizure.

Wearing an eye patch has dramatically reduced the frequency of her seizures, and the sugar-controlling diet has allowed Vivian to drop from four medications to two, the Wilsons said.

“The first time we tried the patch on the recommendation of some of the moms on our Facebook support group, she had the biggest smile on her face all day. I think her brain felt quiet for the first time.”

But none of these changes go far enough to give Vivian a shot at leading a healthier, happier life, her parents say.

“Developmentally, Vivian is like a 1-year-old — she doesn’t talk, she can’t run, she kind of walks like a little baby zombie,” said Meghan Wilson, 34, a clinical study manager for a pharmaceutical company.

Her 3½-year-old sister, Adele, who is there for Vivian with a blanket and a gentle hug, is suffering too because the sisters can’t share many activities.

The Wilsons have considered moving to Colorado, but the born-and-bred New Jerseyans would rather remain close to their families. They are determined to make a case that the state medical marijuana law should change.

It’s not clear how many families want their children to participate in the state’s 5-month-old medical marijuana program. Leusner, the spokeswoman for Health Commissioner O’Dowd, declined to say how many of the 912 registered patients are under 18.

Joe Stevens, co-founder of Greenleaf Compassion Center in Montclair, the lone medical marijuana dispensary in the state, said none of his 124 clients is a minor.

State Assemblyman Reed Gusciora (D-Mercer) a sponsor of the medicinal marijuana law, said he wasn’t aware families were having trouble getting help, but he’s not surprised, either.

The first draft didn’t allow minors to participate at all. He succeeded in including children in a later draft, “but we had to keep making compromises.”
“It was the best law we could get under the circumstances,” he said.

Gusciora said he would ask O’Dowd to get involved “by putting together a team of family medical doctors that could address this.”

“I am prepared to offer amendments to the law. But you and I both know the governor has been very opposed to the whole issue, so that is certainly a barrier,” Stender said. “But this is very compelling and heartbreaking. I told Mrs. Wilson as her assemblywoman I would do what I could to help her daughter.”