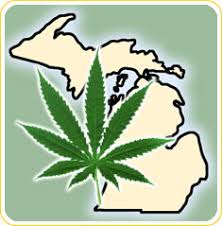 The grant is an in-kind, AdWords advertising allowance and other premium Google products and support that will continue for the life of the organization.

The group, Michigan Compassion, says they will use the grant to promote medical marijuana awareness based on their philosophy of “We must increase awareness to increase acceptance.”

Since December 2012, the organization has been operating an electronic billboard campaign in the Detroit area to promote medical marijuana awareness, and they hope to use the grant to increase the exposure of their message.

“What makes this grant award unique is that Google AdWords, being a key-word driven service, prohibits the promotion of cannabis which is the primary theme of the organization’s mission,” said James Campbell, Board Secretary of Michigan Compassion.

The award letter from Google acknowledges that Michigan Compassion is the first medical marijuana organization to receive an AdWords Grant from Google Grants.

“We were very surprised to receive a personalized letter from Google, let alone its acknowledgement of Michigan Compassion as a medical marijuana non-profit and their support of this organization’s mission,” Campbell said.