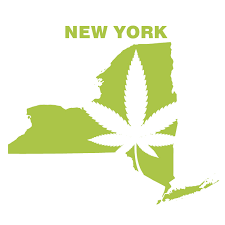 A Patient’s Plea for Medical Marijuana in New York

Earlier this month, the New York State Assembly passed medical marijuana for the fourth time. Although this is good news, many New Yorkers living with debilitating illnesses, like myself, have learned to not get our hopes up. Unlike the 18 other states and the District of Columbia that have medical marijuana programs, New York does not provide compassionate medical care to its residents. It is completely unfair to allow people to suffer unnecessarily when there is a natural treatment which could potentially ease their pain.

The bill currently pending in Albany is one of the strictest and most tightly regulated medical marijuana bills in the country. It would allow patients living with an illness which their health care provider believes medical marijuana to be beneficial to access 2.5 ounces to alleviate their symptoms.

Research has shown marijuana to have a palliative and therapeutic effect in treating the symptoms from illnesses such as HIV/AIDS, Cancer, and multiple sclerosis (MS). As someone living with MS, I have a special interest in health care practitioners being allowed to recommend medical marijuana here in New York.

I was diagnosed with multiple sclerosis at 34 years old; some of my symptoms include tingling, numbness, neuropathic pain, and fatigue. I have tried many of the prescribed pharmaceutical treatments, but none of them have had much of an impact, especially on the neuropathic pain.

I learned from my neurologist that my immune system was attacking something called myelin, the fatty substance that surrounds and protects the nerve fibers in the central nervous system. The nerve fibers themselves are damaged. The damaged myelin forms scar tissue (sclerosis), which gives the disease its name. When any part of the myelin sheath or nerve fiber is damaged or destroyed, nerve impulses traveling to and from the brain and spinal cord are distorted or interrupted, producing a variety of symptoms.

As an attorney and leader in my community, I will not break the law. The risk of losing my license to practice law and the negative attention it would bring to my family is too much.

I want to continue serving my community as long as I am physically able to do so. I am convinced that using medical marijuana will enable me to continue to be productive and improve my quality of life.

New York should join the 18 states and the District of Columbia that believe health care is between a provider and patient, not the government. No one should face jail time for trying to cope with serious illness. With the passing of medical marijuana in Massachusetts, Connecticut, and New Jersey, I urge New York to do what is right, support compassionate medical care for its residents and pass bill A. 6357(Gottfried)/S.4406 (Savino).

Jamin Sewell is an attorney who works for the Advance Group, a political consulting firm. He is admitted to practice law in New York and lives in the Bronx.