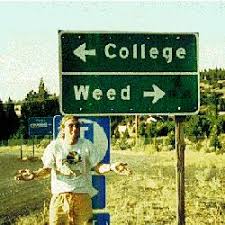 Aleading Auckland secondary school has come down hard on a group of drug-taking students – they have been told to undergo random drug tests throughout the year, or leave.

Last night, Mt Albert Grammar held the second of two board disciplinary meetings to decide the fate of a group of students involved with cannabis.

Information from the investigation has been passed to the police.

The action has highlighted what educators say is a nationwide problem of drugs in schools – and opposing views on how to deal with problem students.

More than 1000 schoolchildren were suspended, excluded or expelled from schools last year for drug- or alcohol-related offences, with the youngest aged 8, previously reported Ministry of Education figures show.

Mt Albert headmaster Dale Burden said yesterday that a number of students – he would not reveal how many – were suspended because of their involvement with cannabis.

“The consequences for some students are not yet known but those that do know have either been excluded [expelled if you are 16 or older] from school or returned to school on a tight contract that includes random drug testing,” Mr Burden said.

The decisions made by the board were a last resort. Schools reflected society and it would be “naive and foolish for any school to believe that it was above having some of its students involved in drugs”.

Mr Burden said he had “taken the strongest action available” over the matter. Mt Albert Grammar had a robust alcohol and drug education programme, and counsellors were available to students.

“The school will continue to support the students and their families through the next stage of the process – whether that is the random drug-testing programme or the management of the transition to a new school.

“These last few weeks have been a difficult time for the families of these students. These are children from functioning families with parents that care about their children.”

Students who are under 16 can be excluded from their school. The principal tries to arrange enrolment in another school within 10 school days. Students aged 16 and over can be expelled.

Secondary Principals’ Association president Tom Parsons said drugs were a community issue that schools had to deal with. “Kids don’t grow the dope themselves. There is an adult behind that somewhere.”

Mr Parsons said that in the worst cases, sometimes the best education for students was the “short, sharp” shock of suspension, or worse – more severe punishment delivered by a court.

The executive director of the NZ Drug Foundation, Ross Bell, said the pressure on schools in such cases was considerable, and the desire to punish students was intuitive.

“All the members of boards are parents, and parents are rightly concerned about drugs. So you can see why they go to that gut response.”

But Mr Bell said the foundation did not believe expulsion or suspension were the right response.

Research showed it was crucial to keep problem students engaged with education. It was therefore essential that schools received the necessary support, from district health boards and other organisations, so that not suspending a student was not seen as turning a blind eye to drug use.

The Education Act was amended this month and now contains clarified search, surrender and retention provisions.

Students can be required to hand over items to be searched, and drugs dogs will be allowed to search school property.

* 1000 schoolchildren were suspended, excluded or expelled from schools last year for drugs or alcohol-related offences.

* Students who are under 16 can be excluded from their school, with the principal trying to arrange enrolment in another school within 10 school days.

* Students aged 16 and over can be expelled.