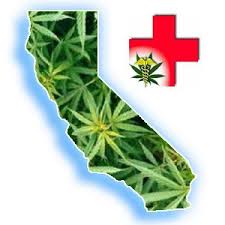 The approval of Measure D comes after more than five years of wrangling over regulation of the businesses. D was one of three initiatives on Tuesday’s ballot involving medical marijuana dispensaries.

Measure D, which garned 63 percent of the vote with all precincts reporting, restricts the number of medical marijuana dispensaries to the original 135 approved before a 2007 requirement that dispensaries register with the city. The measure would apply a tax of $60 for every $1,000 in sales.

A rival proposal was placed on the ballot after a signature drive. Measure F would allow for unlimited dispensaries and call for a 20-percent sales tax.

A third measure would, like Measure D, would have capped the number of dispensaries at 135, but had little chance of passing. Measure E, which includes no new taxes, was placed on ballot by the United Food and Commerical Workers union, which withdrew support and backed Measure D.

The winning measure required a majority of the vote. If no measure gained more than 50 percent of the vote, the issue likely would have returned to the Los Angeles City Council.

As of 5:45 a.m. with 100 percent of precints reporting, these are the results for the trio of marijuana measures, according to LA City Clerk: