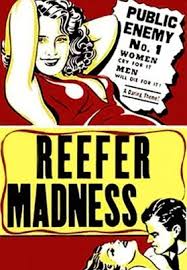 he most dangerous things about cannabis are the laws against it and the people willing to support that agenda. The evolving landscape of legal cannabis and medical cannabis are bringing about a healthy change in the minds of people worldwide. As more people realize the truth about cannabis, the lies and rhetoric become more obvious and repulsive. Let’s look at the raw facts. Last year over 28.5 million people in America used cannabis. Not a single one of those users died from a toxic overdose, not last year or ever. Recently, Dr. Steve Adelman, a Massachusetts based addiction psychiatrist and also a Director at the Mass. Medical Society made comments trying to link the cause of the Boston Marathon Bombing to prolonged cannabis use and its withdrawals. He suggests that because Dzhokhar Tsarnaev was a ‘stoner’ and had THC in his system at the time of the attack, that his clouded judgment and decision making could be blamed on that notion. Adelman advises that today’s elevated levels of THC when combined with a lack of parental supervision, radicalism and readily available internet bomb recipes will most certainly lead to terrorism. Dr. Adelman also warns doctors that cannabis has no medical value, its use will lead to addiction and the SSDI patients growing their own will divert their cannabis to the streets into the hands of our misguided youth. While the extreme ignorance of his statements sound like they were voiced from one person, the reality is that the same group endorsing Dr. Adelman has a network of 22,000 physicians and student members. This is a primary reason to stand up and take a role in cannabis reform and have your voice be heard. Folks like Dr. Adelman have taken their stance, and if his people win, then you lose.