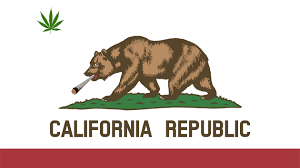 action against one of California’s oldest medical marijuana dispensaries, targeted for closure by the Justice Department.

“The Obama administration’s ongoing war against patients is despicable and has to stop,” Steph Sherer, executive director of Americans for Safe Access, told the crowd. “This is a mean, vindictive move aimed at shutting down one of the oldest and well-respected dispensaries in the country.”

“BPG has served as a national model of the not-for-profit, services-based medical cannabis dispensary,” Berkeley City Council member Darryl Moore said in a resolution opposing the lawsuit. “They have improved the lives and assisted the end-of-life transitions of thousands of patients; been significant donors to dozens of other organizations in our city; [and] shaped local, state and national policies around medical cannabis.”

Berkeley Patients Group received a letter from Haag last year, claiming its location within 1,000 feet of a school broke state law. The operation later relocated, and the lawsuit makes no mention of its proximity to schools or violation of specific laws.

Dispensaries throughout northern California have received similar legal threats from the U.S. attorney over the past few weeks. San Francisco’s Hemp Center and seven pot shops in San Jose all received letters warning of property seizures and prison sentences should they not shut down. The U.S. Drug Enforcement Administration is reportedly investigating a handful of other San Francisco dispensaries.

“This round of U.S. attorney threat letters is just the latest move to undermine President Obama’s repeated pledges that his federal government would respect state medical marijuana laws,” Marijuana Majority’s Tom Angell told The Huffington Post. “This is part of a continuing effort to try to intimidate the legal marijuana industry out of existence.”

California became the first state to legalize cannabis for medicinal purposes when voters legalized Proposition 215 in 1996. Since then, medical marijuana has flourished statewide, generating upwards of $100 million in annual tax revenue.

But marijuana remains illegal under federal law. Despite early promises to ignore states that had legalized it, the Obama administration launched an aggressive crackdown against California’s cannabis operations in late 2011. Since then, hundreds of businesses have been forced to close and thousands of jobs have been lost.

In a further blow to the industry, the California Supreme Court ruled on Monday that cities have the authority to ban dispensaries outright.

Angell said he believes the crackdown comes from bureaucrats within the Justice Department who feel threatened by the growing national acceptance of marijuana. Washington and Colorado legalized recreational use last fall.

“Whoever is coordinating these attacks in the federal law enforcement apparatus is clearly terrified about what the increasing acceptance of a legal and regulated marijuana trade means for the drug war bureaucracy that employs them,” Angell said.

A recent poll showed that a clear majority of Americans support legalizing marijuana if it would be taxed and regulated like alcohol.

Meanwhile, advocates said they hope to place a ballot measure that would legalize pot for recreational use before California voters in 2016. Elected officials, including Lt. Gov. Gavin Newsom, have expressed their support.

“It seems clear that California is on pace to legalize marijuana for adult use,” Angell said. “Hopefully more politicians will soon sense which way the wind is blowing and get in front of this issue before voters leave them behind.”