Advocates of legalized marijuana march through downtown Fort Worth 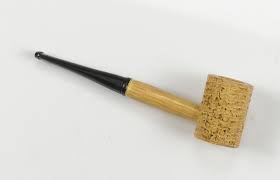 FORT WORTH — In what was perhaps the largest legalize marijuana demonstration in Fort Worth, more than 200 activists marched through downtown Saturday with the noticeable aroma of cannabis lingering behind as they passed.

Organizers said several hundred more had turned out last year for a similar march in Dallas, which had provided police security.

But there was no particular Fort Worth police presence as demonstrators, carried signs, some openly toking on pipes and chanting, “Le-gal-ize! Le-gal-ize!”

One person dressed as a marijuana plant and several played instruments while a march organizer drove a recycled police car with flashing green lights and covered with logos of the Dallas/Fort Worth chapter of NORML, the national group to reform cannabis laws.

“We want the Metroplex to know the movement is strong here,” said Shaun McAlister, executive director of DFW NORML, which promoted the event. “A lot of people overlook the DFW area as being friendly to the cause. A lot of people have no idea that we have a NORML chapter.”

One of the marchers, Mike Farner, 53, of Springtown, wore pink overalls and carried a burlap “marijuana” sack filled with crumpled newspaper. He said his medical use of marijuana helped him through treatment for throat cancer. Then he corrected himself, saying it was glaucoma.

Michael Burns, 30, of Mansfield, said he marched because he believes that people have been misled for “years and years” about the effects of marijuana.

Fort Worth attorney David Sloane, a NORML spokesman, predicted that Texas likely will be among the last states to legalize marijuana even though legislators are holding discussions about decriminalization.

But Sloane said events such as the march on Saturday confirm how strong the movement is both locally and worldwide.

“It lets the powers that be see that we’re here and not afraid to step out in the street and discuss this with them,” he said.

The march was peaceful, with no known arrests and only a few bicycle police in sight.

Two opera goers, Rick and Marianne Williamson of Fort Worth, ran into the group while trying to get a quick dinner before the performance.

“The funny thing is, we were just talking about this whole thing, the legalization of it,” Rick Williamson said. “And why not? I’ve never been in a bar and seen someone stoned on marijuana have a fight. They’re mellow; that’s probably what we need a little more of around here.”

Marianne Williamson called alcohol a “far worse epidemic” in the country. “People drink alcohol, it’s broadly accepted. I don’t think there is a big difference between the two.”