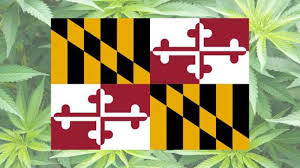 Welcome to the club of natural medicine. – ILLA

The state Senate approved the measure, 42-4. Ten of the Senate’s 12 Republicans joined 32 Democrats, while two Democrats and two Republicans voted against it. The action sends the bill to Gov. Martin O’Malley, who indicated he is likely to sign the bill.

“I’d like to read it first, but I probably would,” O’Malley told reporters.
The Democratic governor noted his decision would hinge on whether the bill includes provisions enabling the governor to suspend the program if the federal government decides to prosecute state employees who administer it. The provisions were included in the bill earlier this session, after Maryland Department of Health and Mental Hygiene Joshua Sharfstein said he would support the bill with the amendments. That was a change from last year, when Sharfstein expressed concern about potential federal prosecution.

Sen. David Brinkley, a Frederick County Republican, said concerns about medical marijuana violating federal law have been around for years, as more than a dozen other states and the District of Columbia have moved forward.

“At the same time, I think more and more as states start pushing the envelope on this thing, the federal government has to recognize that some of these cancer patients — some of these people that are very sick — you know, they’re not doing this because they want to,” Brinkley said. “They do feel that it’s perhaps an element of last resort, and the last thing we want to do is criminalize who they are, why they’re sick, that they’re sick or their caregivers.”

Delegate Dan Morhaim is a Baltimore County Democrat and emergency room physician who has been pushing to get the bill through for years. He emphasized that the program would be carefully supervised by academic medical centers.
While state analysts have projected programs would not be up and running until 2016, Morhaim said now that academic medical research centers have had a chance to look over the details, they are taking a closer look. Morhaim said Sinai Hospital in Baltimore has expressed interest in writing, even if it has not yet committed to participating. He also said Johns Hopkins has indicated it would take a closer look.

“They needed to wait to see what the road map looked like, and now that they have, I think you’re going to see much quicker movement than people may have anticipated,” Morhaim said.

Sen. E.J. Pipkin, R-Cecil, said he voted against the bill because he believes a comprehensive proposal on the legalization of marijuana for a variety of purposes should be put before voters, instead of piecemeal measures slowly moving through the Legislature.

“Let’s let them vote on it,” Pipkin said, referring to the state’s voters.

While advocates said the measure was well-intentioned, they said it didn’t go far enough.

“Maryland has taken a small step in the right direction, but more steps are necessary for patients to actually obtain the medicine they need to alleviate their suffering,” said Amanda Reiman, a policy manager for the Drug Policy Alliance, in a statement.

The measure would create a commission within the state health department to oversee programs.
A participating medical center would be required to specify the medical conditions it would treat and the criteria by which patients would be allowed to participate. A medical center also would have to provide the state health department data on patients and caregivers on a daily basis. The department would also have to make the data available to law enforcement.